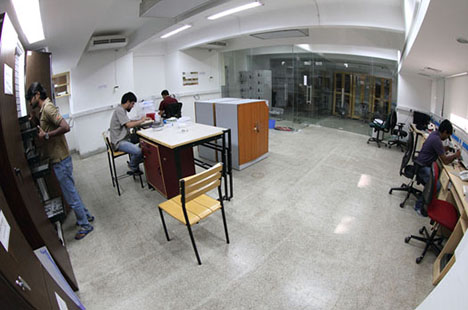 The gallery space located at the new InStem building, is envisioned as an interaction space, showcasing science in all its beauty and complexity. It provides opportunities for students and lay people to interact with scientists and learn about latest discoveries in biological sciences through various interactive displays. It facilitates educational activities for larger audiences, especially students of all stages. This is a major interface where NCBS interacts with the larger society that supports our research and gains from our findings.

NCBS organizes a Science day in November each year and at last year’s event, the Museum and Field Stations facility held a competition among the labs to select exhibits that could be curated for display in our gallery space.  This was the genesis of the "Lab culture" exhibition.

" The Museum & Field Stations Facility (MFS), NCBS at the Bangalore Life Science Cluster (BLiSc), brings to you the second exhibition of the Lab Culture series: tracing the making of a collective. Lab Culture, a two-part exhibition series has brought diverse practitioners together from arts, science, design, and history to interpret and disseminate the relationship between these spheres.

‘Mirroring’ the processes from the first exhibition, the curatorial notes of Lab Culture II attempt to delve deeper into the journey of making a collectivist culture. Envisaged to tell stories of science, Lab Culture I presented a symphony of ideas and explorations, distinguishing one laboratory’s work culture from another. Thus, the scientific exhibits and creative representations displayed then, made a remark about the culture of an art-science collaborative in more individualistic ways.

Following that, the interpretative search for Lab Culture II has been inspired from specific studies about cell and neuro biology, introduced by the participating labs from NCBS and inStem. Starting from the mere existence of a single cell or a neuron, to the growth of a systemic structure, newer processes are discovered and adapted. Situations are quite similar, when an institution grows. This exhibition will thus, trace values like scalability, modularity and flexibility across time, space, and philosophy, to represent their effects on a living ecosystem." - Ishita Shah, Curator 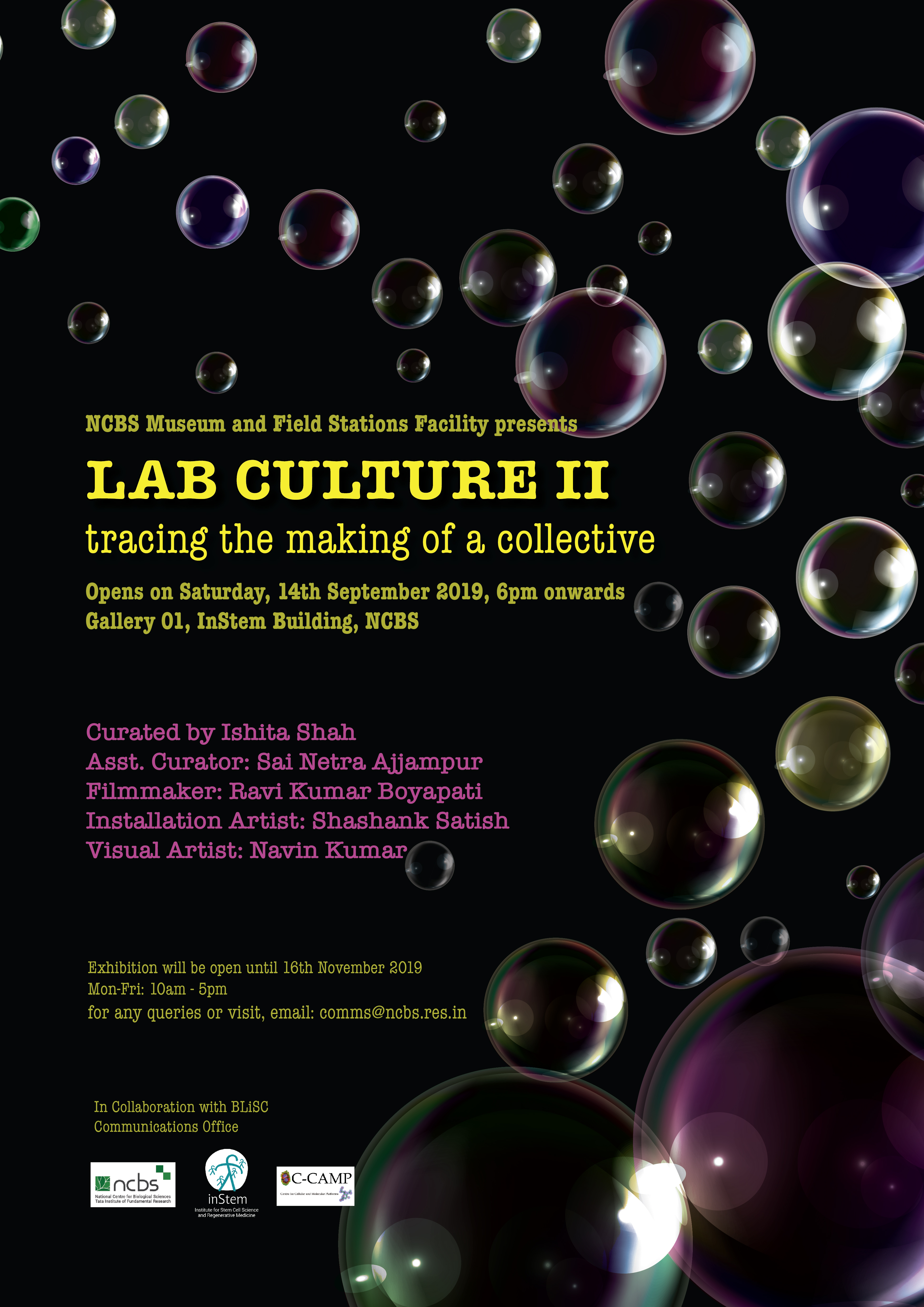