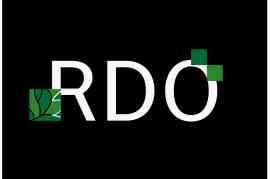 Noted biotechnology entrepreneur and philanthropist, Dr Kiran Mazumdar Shaw, has provided Rs 5 crores as Endowment funding support, to the Bangalore Life Science Cluster, for advancing modern biological research.With NCBS-TIFR turning 25, an Endowment Fund is being launched with a goal of reaching Rs 25 crores to mark the success of the past 25 years. Read more..

Infosys Foundation provides corpus support to the Bangalore Life Science Cluster to promote global connectivity in scientific research
When Nagaraju Dhanyasi began his doctoral work at Prof. K. VijayRaghavan's laboratory, he was interested in using microscopy to study the process of muscle formation. Early on, he realised that he would need to rely heavily on Transmission Electron Microscopy (TEM) techniques for his work, since it provided the high resolution power required to tease apart the process he wanted to understand. However, during this time, the National Centre for Biological Sciences (NCBS) had only just acquired an electron microscopy (EM) facility. "I was actually one of the first batch of users at the NCBS EM facility", says Dhanyasi.Read More

Exploring the diversity of chemical signals in nature
The Chemical Ecology program at NCBS has received a major fillip in the form of support from the Department of Biotechnology (DBT). The recently awarded grant will boost multi-disciplinary and multi-institutional chemical ecology research networks among researchers at Bangalore and North eastern Region (NER) and will result in the creation of a fresh cadre of chemical ecologists in the country. "Given the extraordinary diversity in our country, in terms of biological flora and fauna as well as in terrestrial and marine ecosystems, there is an amazing opportunity for research in understanding the mysteries of myriad interactions that sustain these ecosystems. Read More..

inStem & L'Oréal announce research collaboration
The Institute of Stem Cell Biology and Regenerative Medicine (inStem) and L’Oréal have entered into a collaborative agreement for the next three years to initiate research on different aspects of skin biology. The research agreement was signed by Prof. Satyajit Mayor, Director inStem and Francois Pradier, Director Research & Innovation at L’Oréal India in late 2014. The announcement was made as a press release  by L’Oreal, Bangalore.Read More..

Prime Minister Narendra Modi Visits Campus
The Prime Minister, Shri Narendra Modi, visited the Bangalore Biocluster campus to interact with the researchers there and for discussions on the challenges facing modern biological research in the country. He was greeted by Biotechnology Secretary Prof K VijayRaghavan, Prof Satyajit Mayor, the Director of NCBS and inStem, Prof Upinder Bhalla, Dean, NCBS and Prof Apurva Sarin, Dean inStem from the BioCluster and taken to some of the laboratories to see cutting edge stem cell research. Read More..

City's Mighty Mouse may Rescue the Human Heart - The Economic Times (Bangalore)
Scientists in the city humanise the rodent to find cure for inherited heart diseases or cardiomyopathies. For the first time in India, mice that have characteristics of the human heart will be used by scientists in Bengaluru to help find a cure for inherited heart diseases, known as cardiomyopathies. Read More..

An interview with Mukund Thattai-NCBS-News
We study the evolution of eukaryotic cells. There are two kinds of cells on the planet: prokaryotes, such as morphologically simple bacteria and archaea, and then the relatively more complex eukaryotes - for example plant and animal cells, amoeba, paramecium, and so on. Eukaryotes have enclosed nuclei and compartmentalized organelles, which prokaryotes lack.  Usually when you see such a big jump in complexity you expect to find intermediate forms, for example in the fossil record or in living organisms.  The mystery is that there are no intermediate eukaryotes. Read More..

Meet the woman on a mission to save India's tigers-WIRED-2014
Tigers in India are threatened with extinction, and biodiversity ecologist Uma Ramakrishnan's on a mission to help prevent this. Speaking at the WIRED2014 conference, she recalled a time when India was full of tigers. Read More..

Awareness about Autism very low-The Indian Express
Treated as a disease, autism is yet to be understood by society, parents of autistic children said. “The ignorance level about autism is very high in India. Autism is treated as a social stigma. Taking children to parks has become difficult for parents as people stare at your kids. As parents of autistic children, we do not discuss the disorder to anybody else other than our immediate family (members),” said Bhaskar Kumar, a parent. Read More..

Research centre launched-The Hindu
To support and fund world-class research in regenerative biology, the Wadhwani Foundation on Wednesday launched a research centre in cardiac and neural sciences on the National Centre for Biological Sciences (NCBS) campus here. Called the Shanta Wadhwani Centre for Cardiac and Neural Research, the project is a five-year initiative to scale up the research ecosystem in NCBS to make it on a par with international standards. Read More..