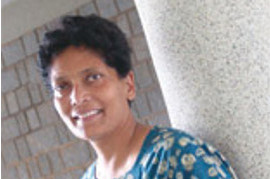 Architecture, development and cell biology of the olfactory system

Eating a meal, chatting to a friend, such apparently simple acts are actually examples of the most complex and challenging of known phenomena: animal behaviour. In trying to map brain activity to specific behaviours some of the greatest advances have been made by "sizing down" the problem: probing simple model animals such as the tiny fruit-fly, Drosophila. One of Drosophila's most informative behaviours has been, surprisingly, olfaction. So seemingly nebulous to us, smell is in fact the most digital of senses, each frontline olfactory neuron being endowed with a single species of odor receptor, encoded by one of between 80 (the fly) and 1000 (vertebrate) receptor genes. Likewise the brain centres that process olfactory signals have an exquisitely precise architecture. The sophistication of the olfactory system underscores its often under-appreciated evolutionary significance. Our group has been laying siege to insect olfaction on a multitude of fronts. We are mapping the anatomy of the entire olfactory system of Drosophila (and other insects) at all stages of development via electron and immuno-confocal microscopy. Molecular ablation techniques are allowing us to tease out the exact contribution of individual nerves (e.g. wide-field interneurons). With a readily available stock of mutant genes for the actual receptors and their downstream intermediates, we are systematically unraveling the signaling pathways within individual neurons. We are now a good way into a wholesale reconstruction of what is a highly integrated, deftly compact sensory circuit, whose secrets are already helping us to understand behaviour throughout the animal kingdom.