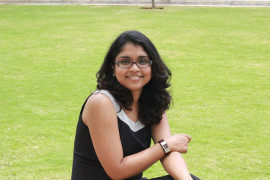 We seek to understand molecular actions that underlie specific cellular processes in the adult brain. Broadly, we have three major areas of interest: a) Adult neurogenesis, b) Mature neuronal maintenance, and c) microglial regulations.

While majorly post-mitotic, the adult brain does retain capacity for new neuron generation; a process termed as adult neurogenesis. However, adult neurogenesis is limited to two specific regions in the adult mammalian brain; the subventricular zone (SVZ) of the lateral ventricles, and the subgranular zone (SGZ) of the dentate gyrus in the hippocampus. What determines the fate and potential plasticity of the adult neural stem cells (NSC) during adult neurogenesis is an area of intense research. Our lab investigates adult hippocampal neurogenesis focusing on molecular regulators that underlie NSC differentiation, fate decisions and niche responses relevant to this process. The neurogenic potential of adult brain beyond the neurogenic niches is of great interest in the context of harvesting its therapeutic potential in neurodegenerative diseases. To this end, understanding the molecular details of the de novo generation and integration of new neurons into an existing dense circuitry, as during adult neurogenesis, is expected to provide useful insights for both fundamental biology as well as translational research.

The mature neurons live an unusually long life, extended over many decades in certain organisms, such as humans. Neurons also posses very elaborate cellular structure, and function in an intricate circuitry that depends on morphological and functional integrity of the neuron and of those that it is connected to in the circuit. Given that neurons have little potential for self-renewal or regeneration, the structural and functional sanctity of the neurons during a lifetime is critical for both an organisms quality of life and lifespan. What underlies the longevity of neurons, which happen to be one of the most elaborate and long-living cell type of our body, yet have little capacity for regeneration or repair? Our research focuses to understand the genetic and molecular actions that may govern structural and functional integrity of mature neurons. This question, while intriguing from a basic biology perspective, is also relevant to translational research relevant to neuronal degeneration and injury.

Although considered as an immune-privileged organ, the adult brain actually has access to various immune cell types, including the tissue resident macrophage, microglia, and the hematopoietic immune cells that could be accessed through its perivascular spaces. The role of microglia in the steady-state functioning of the adult brain, in addition to being a resident macrophage, is well established now. We are interested in understanding the genetic program(s) that allow microglia to undertake the varied morphological and functional states relevant to homeostatic and pathologic brain. Going forward, we also aim to gain insight into the hematopoietic contributions to the pathologic and steady-state functioning of the adult brain.