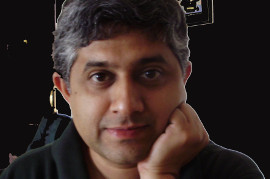 All in a ball: how does maximally compacted DNA still do its job?

The cell nucleus seems an almost prohibitively crowded working environment. Human nuclei for example contain two metres of DNA crammed inside, thanks to the most complex naturally-occurring packing plan known. DNA is folded and refolded, up to four times: upon itself, upon its own earlier folds and around various protein scaffolds. This phenomenally compacted DNA - called chromatin - somehow manages to make its operational regions freely accessible to the molecules that transcribe and regulate DNA. Furthermore, changing patterns of protein production during the cell's life require modified patterns of transcription and regulation, which in turn require wholesale remodeling of chromatin to boost or reduce accessibility. Until recently the study of remodeling and accessibility had been technically restricted to the first level of compaction, in which most of the DNA is wound around bundles of histone proteins, forming nucleosomes. Now however, advances in single molecule and cell biophysics, applied in conjunction with traditional genetics and biochemical analysis, enable us to examine the workings of the system in its entirety, in living cells. Our group studies remodeling and accessibility from the nucleosome level right through to the most folded form of DNA, heterochromatin. We can monitor natural variations in compaction (and associated responses of the cell) or we can induce our own, chemically or by nanoscale nuclear surgery. Most excitingly to date, we can provide quantitative, real-time maps that show the rich mosaic of chromatin-compaction states within a single nucleus, and the dramatic shifts in the compaction pattern as the working priorities of the cell change over time.