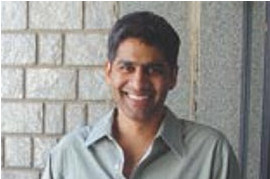 Cells are exposed to fluid forces in a variety of physiological or man-made scenarios. Our lab is studying how cells sense and respond to these forces in two different contexts. In the first one, we examine how laser pulses cause damage in tissues in which the damage happens by an explicitly physical mechanism. This question is primarily of interest because of the widespread use of lasers in surgery and medicine. Moreover, increasingly laser microbeams are also being used in cell biology for transfection and microsurgery. In both these areas an improved understanding of the laser-cell interaction is critical for the continued development of laser microbeams in biology. In the second area of research we study fluid-flow sensing of endothelial cells. The apical membrane of endothelial cells is made up of a polymer brush layer that is termed the glycocalyx. It is now known that the glyocalyx is the primary sensor of blood flow in endothelial cells. This fluid sensing is an important physiological mechanism by which vasodilation of blood vessels can happen and its mechanism remains a central question in vascular biology. Our group is using different microscopy techniques to image this membrane layer and determine if there is any organization inherent to its protein constituents.