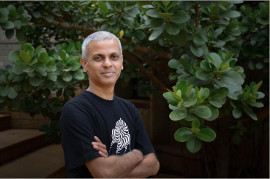 Determinants of savanna structure and function 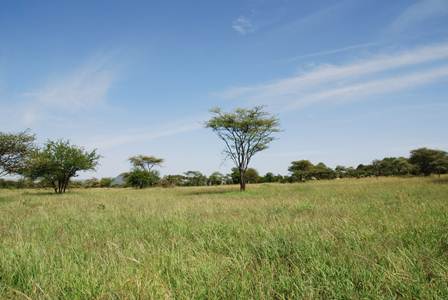 Covering about 20% of earth’s terrestrial surface, savannas support a fifth of its human population, and most of its rangeland, livestock and wild herbivore biomass.  Of particular concern, woody expansion into the grassy layer, which impacts both rangeland quality and carbon storage potential of these systems, has been widely reported in savannas across the globe in recent years. However, despite decades of research, factors regulating the extent of woodiness that characterize savannas remain poorly understood, with rainfall, fire, herbivory and soil nutrients all implicated as drivers of savanna structure.

What combinations of environmental factors allow trees and grasses to coexist in savannas? How do interactions and feedbacks between climate, fire, herbivory and biogeochemistry influence savanna structure and function?  Our work addresses these questions across savanna ecosystems in Africa and India using a range of approaches including experimental manipulations, surveys, data syntheses and long-term monitoring.

Savanna-forest transitions in the Indian sub-continent

Savannas are mixed tree-grass systems characterized by a discontinuous tree canopy in a continuous grass layer.  Within the bounds of this definition, actual tree cover in the world’s savannas is highly variable, ranging from sparsely ‘treed’ grasslands to heavily ‘treed’ woodlands, often along a gradient of increasing precipitation. While this definition captures structural features of savanna vegetation, it contains little information about the functional ecology or the evolution of these ecosystems. This distinction is important. At the mesic end of the savanna biome, where savannas transition into forests, distinguishing between savanna and true forest based on vegetation structure can be difficult, but we expect major functional differences between the two ecosystems. Tropical savannas, which are distinguished by the presence of C4 grasses in the understorey, are characterised by frequent fires and high ambient light regimes. The opposite is true for forests that are closed and shaded habitats. These environmental differences are expected to select for major differences in the functional traits and life histories of the flora that characterise these biomes.

We are using empirical data from several southern Indian systems to test for predicted trait differences between savanna and forest species across savanna-forest transitions based on differences in their functional ecology.  We hope to use this framework to embark on a functional reclassification of savanna regions across India, with important implications for management and conservation of these biomes.

Our previous work suggests that different environmental drivers can have opposing effects on the tree-grass balance, implying that savanna responses to different global change drivers can differ depending on whether they act individually or in concert.  We are combining field and greenhouse experiments to investigate in mechanistic detail the individual and interactive effects of different global change drivers – altered precipitation regimes, and nitrogen and phosphorous deposition – on tree-grass ratios in Indian savannas.  Factors are being manipulated singly at first to gain a better understanding of the individual effects of these different drivers; later experiments will incorporate a fully factorial design.  In terms of altered precipitation regimes, we are focusing on the effects of extreme rainfall events and longer intra-seasonal droughts, with the objective of understanding what functional traits determine whether a species fares well or poorly under these altered conditions.  This will allow us to better predict future community shifts in Indian savannas. We are also presently combining large-scale field and greenhouse experiments to look at the effects of nutrient loading (N & P) on tree seedling growth and establishment, and tree-grass competition, of dominant leguminous and non-leguminous trees of southern Indian mesic savannas.   Future work will not only combine multiple global change drivers, but will also focus on identifying the regulatory roles of fire and large-mammal herbivory in determining system responses.

Our work on the impacts of climate change on ecosystem functioning and processes also encompasses grassland ecosystems.  We have established plots in the high-altitude grasslands of the Trans-Himalaya in Spiti, Himachal Pradesh, to look at the impacts of N & P deposition and herbivory on grassland communities.  This work is part of an ongoing global experiment in grasslands worldwide (NutNet), designed to look at the relative roles of top-down (herbivory) and bottom-up (nutrient availability) forces in regulating grassland dynamics.   Further, as part of a collaborative project on the potential impacts of climate change in the Eastern Himalaya biodiversity hotspot in Sikkim, we have established a warming experiment, using open-top chambers (OTCs) that have been setup across 5 different elevations from 3000 to 5000m asl, to look at the effects of future temperature rise on community shifts and nutrient cycling in high-altitude grassland communities in the eastern Himalaya.

Land use and ecosystem services in tropical rainforests

Earth’s tropical forests are amongst its most important biomes, both because they are repositories of diversity and because they provide critical ecosystem services such as carbon sequestration and climate control. However, tropical forests are also highly threatened ecosystems. While vast extents have been clear felled and logged, many remaining areas are highly fragmented.  Our work in the tropical forests of the Western Ghats and North East India looks at the impacts of human land use (forest fragmentation, past logging) on the structure and composition of rainforest tree communities, and the resulting consequences for the provisioning of ecosystem services - particularly carbon sequestration –by these forests.

Effective monitoring of populations, communities and ecosystems is critical to evaluating the success of conservation strategies and understanding the potential responses of natural ecosystems to global change.  For long lived species such as trees, this monitoring must necessarily be long-term, as short term studies often fail to capture directional trends in vegetation dynamics,  responses to episodic events or lagged responses to changing climatic drivers.  However, there are very few long-term monitoring plots in the Indian sub-continent at present, and there is clearly a need for a network of long-term monitoring plots across different vegetation types in the country to better understand the factors regulating forest dynamics and the potential responses of these systems to future climate change, both from a scientific as well as management view point.  We are in the process of establishing long-term vegetation monitoring plots, using standardized protocols, across the Indian sub-continent with the objectives of understanding how the structure and function of forest communities, and their potential responses to different climatic drivers, changes across broad environmental gradients.