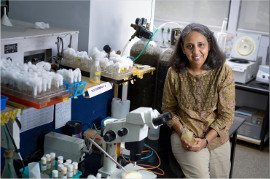 Cellular events are often mediated by spikes of cytoplasmic calcium, which either enter the cell from the external milieu or are released from internal stores. My group studies intracellular Ca2+ release in response to the second messenger Inositol 1, 4, 5-triphosphate and its role in neuronal physiology. In Drosophila, intracellular Ca2+ signaling by the inositol 1,4,5-trisphosphate receptor (InsP3R) followed by dSTIM/dOrai mediated store-operated calcium entry (SOCE) regulate the formation and function of the flight neural circuit. In the past year, we have investigated downstream mechanisms that are altered upon reduced intracellular calcium signaling. We show that intracellular calcium signaling regulates gene expression in flight circuit neurons at the time of synapse formation and maturation. One of the SOCE-regulated genes, Ral is required for synaptic release during neural circuit formation. These findings are significant in suggesting possible means of therapeutic intervention for human diseases such as Spino-cerebellar Ataxias and Parkinson’s syndrome where the InsP3R and SOCE are thought to play a causative role. 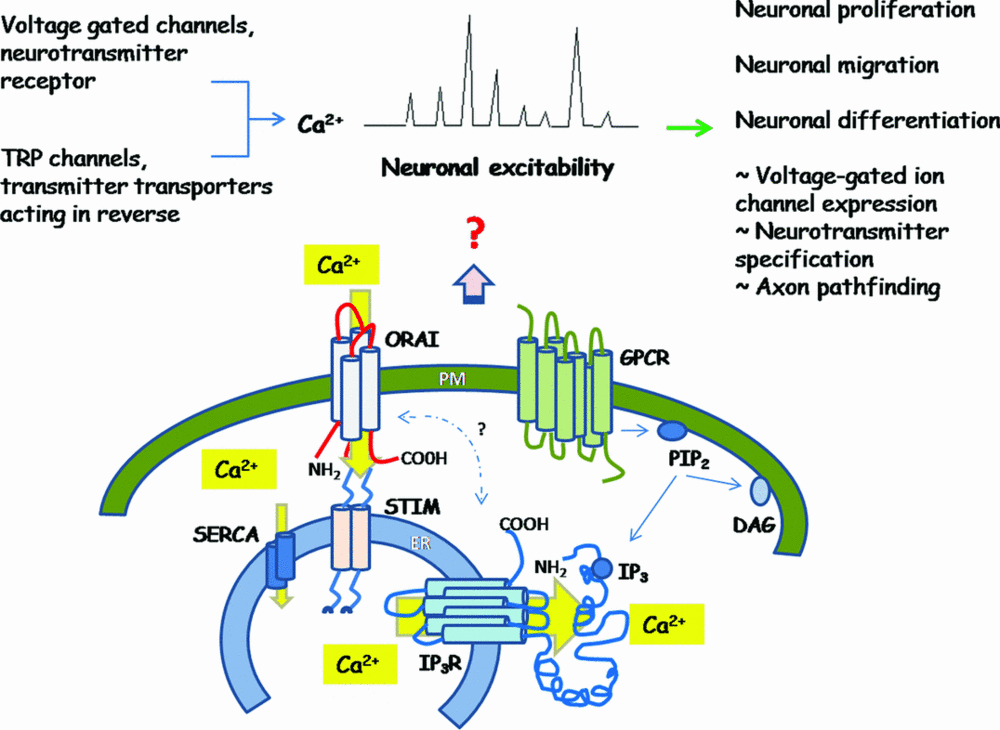 A model of existing and proposed pathways that contribute to spontaneous Ca2+ spikes and excitability in neurons.