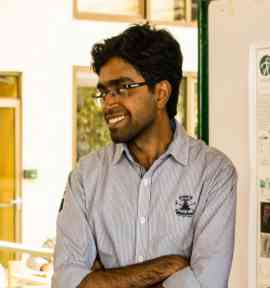 Bacteria, besides being agents of a variety of infectious diseases, are the most predominant form of free-living life known on Earth. Some bacteria live in stable environments, such as in a symbiotic relationship with a host; others can live across multiple habitats each presenting its own set of nutrients and adversaries. This leads to two key points which are of interest to us:

(a) Any given bacterium should code for only those genes that would allow it to make optimal use of the conditions prevailing in its set of habitats.
(b) Regulation is critical especially to organisms that traverse multiple types of habitats to ensure that only those genes required at any given time point are expressed.

The primary focus of our research is to investigate bacterial regulatory systems from the stand-point of both their occurrence in diverse bacterial genomes and their role in achieving global and function-specific gene expression control in model bacteria such as Escherichia coli.

We tackle our research questions using genome-scale techniques. Genomics complements the detailed findings of reductionist molecular biology and biochemistry by describing general principles and identifying exceptions. The large-scale nature and the gaining popularity of genomic studies together generate a flood of biological data, the interpretation of which requires computational tools and expertise.