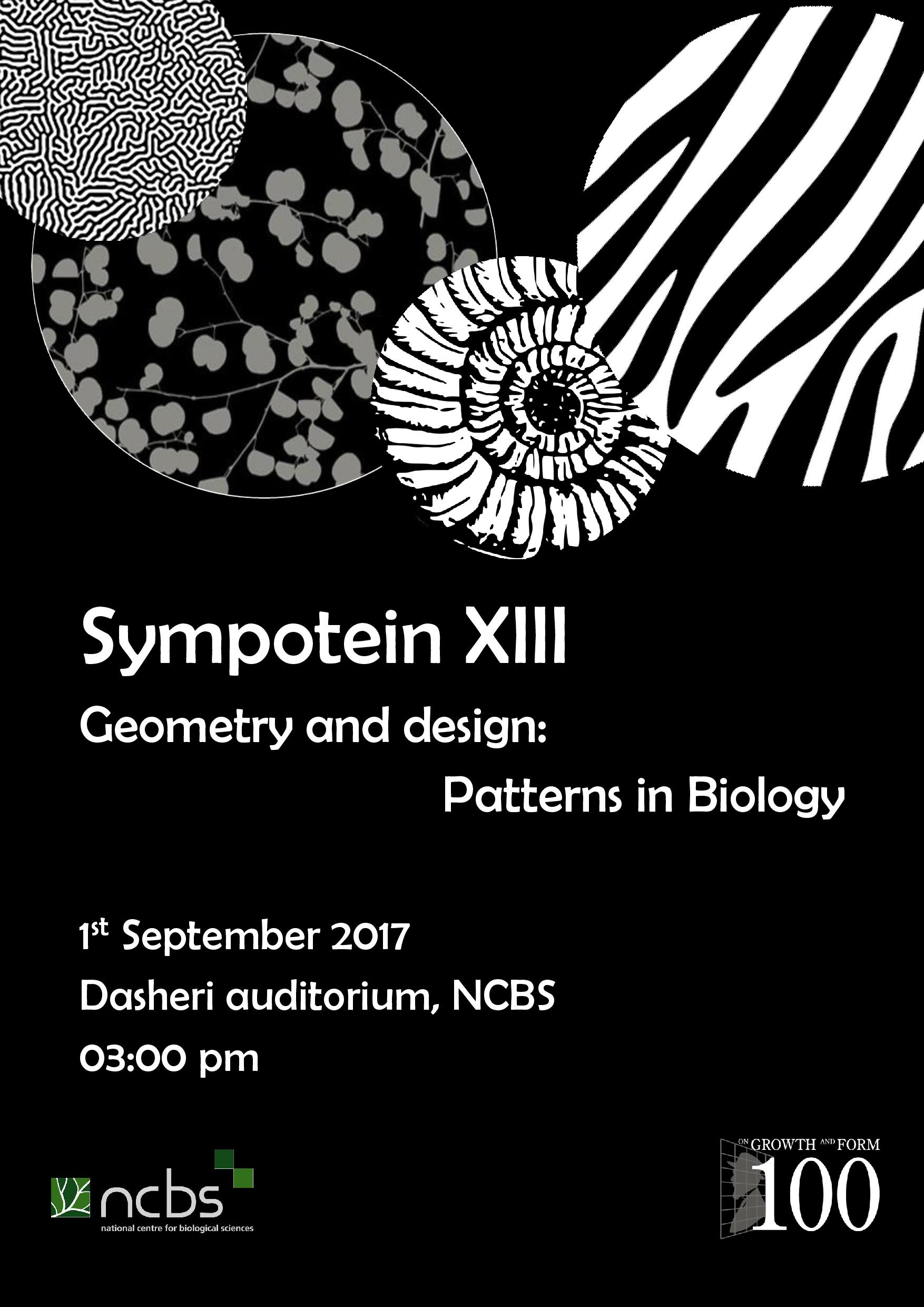 “Sympotein” – inspired by the Greek root for symposium, meaning “to drink together” – is a series of symposia organised by the student body of NCBS. These are intended to be in a more informal setting than a traditional academic talk, in order to discuss diverse topics, especially those which are not already being studied at the Centre.

In this thirteenth edition of the event, we’re celebrating the 100th year of D’Arcy Thompson’s magnum opus “On Growth and Form” (see https://www.ongrowthandform.org/). Inspired by his thoughts about how biological form reflects physical and mathematical principles and vice versa, we have tried to put together a series of talks and a couple of demonstrations that put these ideas in a modern perspective.

We have already hosted a public lecture by Prof. K VijayRaghavan on May 6th, 2017, which can be accessed at the following link: https://drive.google.com/file/d/0B-mh6PutJyN4NE50ak1ZYWFHZ2s/view

You could also take a look at this teaser demonstration called the Sympotein XIII Pattern Generator (https://bhanu151.github.io/sympoteinXIII/).

The final event will be held on Friday, September 01, 2017 at Dasheri Auditorium, NCBS from 3:00pm onwards. It is open to all. We look forward to seeing you there!