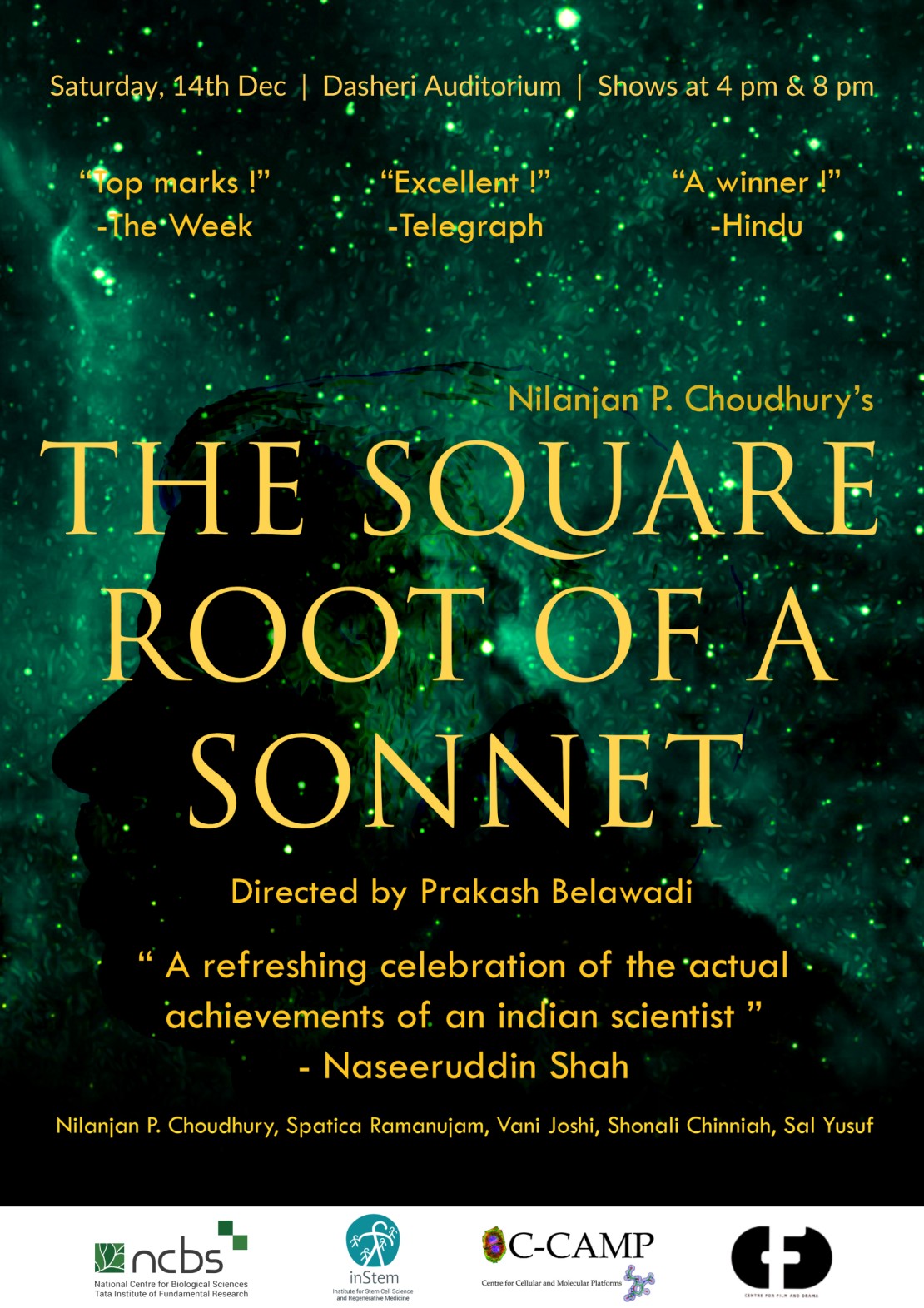 Square Root of a Sonnet: A play

The Bangalore Life Science Cluster and the Centre for Film and Drama bring to you an extraordinary production, The Square Root of a Sonnet! The play explores the dramatic events that accompanied the discovery of collapsing stars (which ultimately form black holes) by the Indian-American astrophysicist and Nobel Laureate, Subramanyan Chandrasekhar.

The play is written by Nilanjan P Choudhury and directed by the national award-wininng film and threate person, Prakash Belawadi. Produced by he Centre for Film and Drama (CFD), one of Bangalore's best known theatre groups . It opened to packed houses in Sep 2016 at Rangashankara, Bangalore, one of India's leading theatre venues, and has been showered by critical acclaim, and lauded by Theatre veterans like Naseeruddin Shah and noted theatre scholar Ananda Lal, scientists, Chandra’s own family members and colleagues, as well as a wide range of lay audiences across age groups and educational backgrounds.

The play has already received multiple standing ovations from over 8000 viewers, across 35 shows in 5 cities across India.

The shows are on 14th December, at 4pm and 8pm, Dasheri Auditorium, BLiSC campus.

Both shows are free and open to everyone, spread the word!