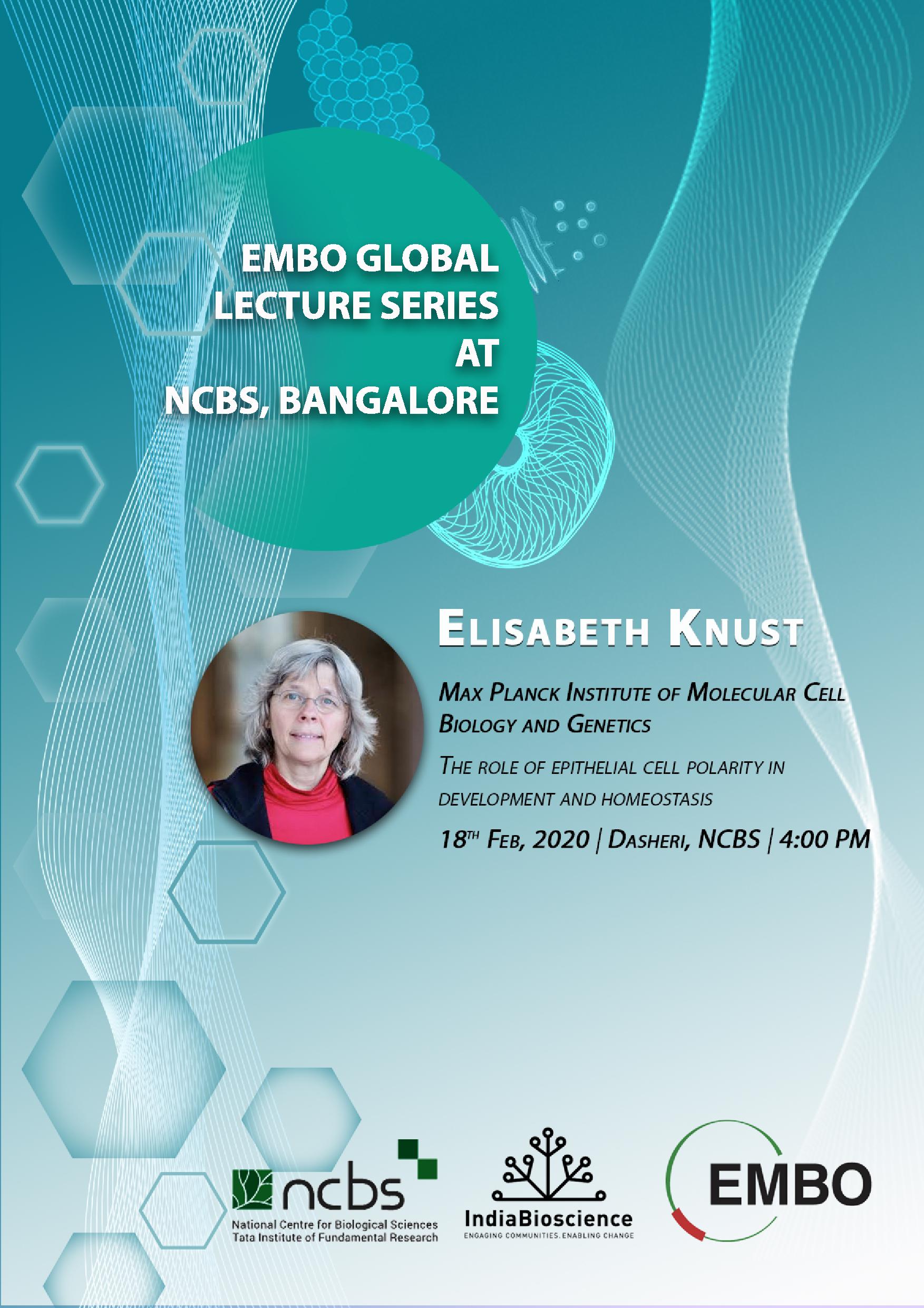 Public Talk by Prof Elisabeth Knust: The role of epithelial cell polarity in development and homeostasis

The role of epithelial cell polarity in development and homeostasis
EMBO Global Lecture by Prof Elisabeth Knust
Speaker:
Prof Elisabeth Knust got her PhD from the University of Dusseldorf. Following this, she was a Postdoc at University Erlangen-Nürnberg in Prof Dr B. Fleckenstein’s group. She was a Full Professor at the Universities of Dusseldorf and Cologne before moving to the Max Planck Institute of Molecular Cell Biology and Genetics in 2007 where she is currently the Director.
Her vast scientific career has spanned many distinctions such as being nominated to the of the Berlin-Brandenburgische Academy of Sciences and European Molecular Biology Organisation (EMBO).
Her research focuses on the control of cell polarity. The work of her group is aimed at deciphering the cellular, molecular and genetic mechanisms that control the establishment and maintenance of epithelial cell polarity and that are required to pattern the cell membrane and underlying cytocortex into functionally distinct domains. Studies to answer these questions are performed in the fruitfly Drosophila melanogaster, the zebrafish Danio rerio and in cells in culture.
Abstract:
Apical domains of epithelial cells often undergo dramatic changes during morphogenesis to form specialised structures, such as microvilli. An unbiased lipidomics screen on the retina of flies mutant for the polarity regulator crumbs revealed an increased abundance of hydroxylated sphingolipids, which correlated with abnormal rhabdomeric growth. This increase could be attributed to enhanced fatty acid hydroxylase transcription. Altered biosynthesis of hydroxylated sphingolipids impairs apical trafficking of rhodopsin, a major rhabdomeric protein, via Rab11, and thus apical membrane growth. The intersection of lipid metabolic pathways with apical domain growth provides a new facet to our understanding of apical domain growth during morphogenesis.