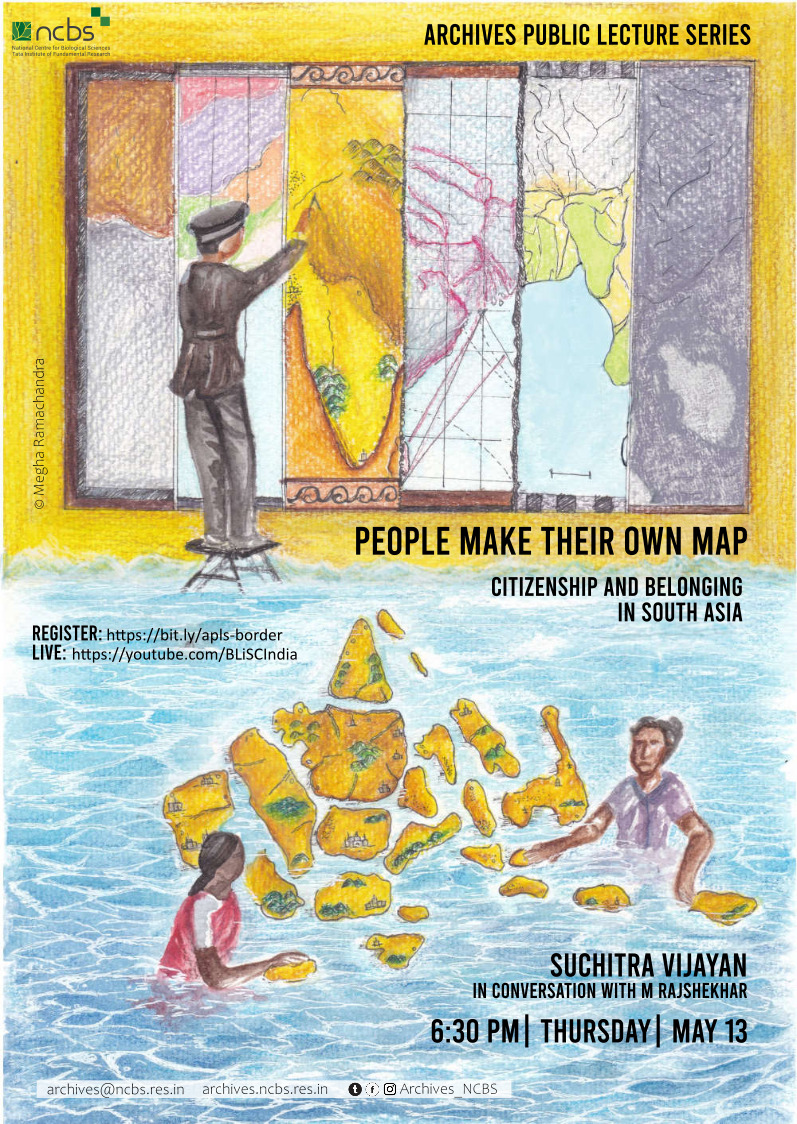 Abstract:
India is a land of borders, its peripheries nestling against seven countries. Over seven years, across 9,000 miles, Suchitra Vijayan travelled these borderlands. The more she travelled, the clearer it became to her that local history and memory bear no resemblance to the political history of the nation that claims these lands and peoples.
From the densely populated border that India shares with Bangladesh to the highly disputed one with Pakistan, the stories in this book engage with how people live, struggle, fight and survive. A man escapes the floodlights that invade his home by blocking out all light, children use a border pillar as a handy cricket stump, and a family live out their lives beside the men who orchestrated their son’s death. These are stories that question our ideas of what freedom means and what it means to be a citizen.
Vijayan’s talk draws from her recent book, Midnight’s Borders: A People’s History of Modern India (Westland, 2021), a clear-eyed, empathetic reportage that provides a re-examination of the idea of territorial sovereignty.
Bio:
Suchitra Vijayan was born and raised in Chennai, India. Her work has appeared in The Washington Post, GQ, The Boston Review, The Hindu and Foreign Policy. A barrister by training, she previously worked for the United Nations war crimes tribunals in Yugoslavia and Rwanda before co-founding the Resettlement Legal Aid Project in Cairo, which gives legal aid to Iraqi refugees. She is an award-winning photographer, the founder and executive director of the Polis Project, a hybrid research and journalism organisation.
M Rajshekhar is a journalist. His recent book, Despite the State (Westland, 2021), is an examination of pervasive state failure and democratic decay in India. His work has won the Bala Kailasam Memorial Award; the Ramnath Goenka Excellence in Journalism Award; and four Shriram Awards for Excellence in Financial Journalism.