Archives at the National Centre for Biological Sciences
Public Lecture Series
https://www.ncbs.res.in/events/apls
32nd edition
Monthly talks framed around explorations in and around archives. Discussions by artists, archivists, historians, teachers, journalists, scientists and others.
Collective Memory and the Public Library
G Sundar, Roja Muthiah Research Library
Friday, Dec 11 2020. 4:00pm
Register: https://bit.ly/APLS-library
Live Stream: https://youtube.com/BLiSCIndia
Abstract:
Public spaces like libraries have a major role in society. These spaces have contributed to the development of a society. Through its interactions, the broader society also realizes the importance of these spaces. But these spaces are becoming vulnerable due to various reasons.
The Jaffna Public Library in Sri Lanka, for instance, was deliberately burned down in 1981. This erasure of collective memory was and is still mourned. It becomes imperative to safeguard these spaces and its content for what it contains and what it means. What does happen to the knowledge captured in a collection like the Jaffna Public Library that is now lost forever? And what is the response of a wider Tamil diaspora to cultural losses like this?
Public libraries come in all shapes and sizes, and with their own unique histories. Roja Muthiah, whose collections led to the formation of the Roja Muthiah Research Library in Chennai, has to be remembered for his extraordinary efforts in the preservation of thousands of rare volumes, all starting with scouring for ideas for his sign-board painting business. What did he think when he started collecting fifty years ago? And now in the digital world, how do we think we could build an archive or a special collection in a public library?
Through the histories of two public libraries and the environments they foster, I plan to talk about the challenges and taking forward the collection building exercise. This should reflect the history of preservation and future of libraries. The role of a public library needs to be perceived just not for its content but also for the spirit in which it exists.
Bio:
Sundar Ganesan is currently the Director of the Roja Muthiah Research Library, and has been at the library since its inception in 1994. Trained as an archivist, he has worked on a number of preservation projects with grants from the National Endowment for Humanities, Wellcome Institute for the History of Understanding Medicine, Mellon Foundation, Ford Foundation and the Endangered Archives Programme. Sundar has also been a consultant to various centres, including UNESCO, Centre for Studies in Social Sciences Calcutta, Kolkata, Madan Puraskar Pustakalaya, Nepal, and the Satyajit Ray Foundation, Kolkata. He is the author of the book "The Tall Man: Biju Patnaik", and written several articles, including a notable piece on the place and history of the Jaffna Public Library. 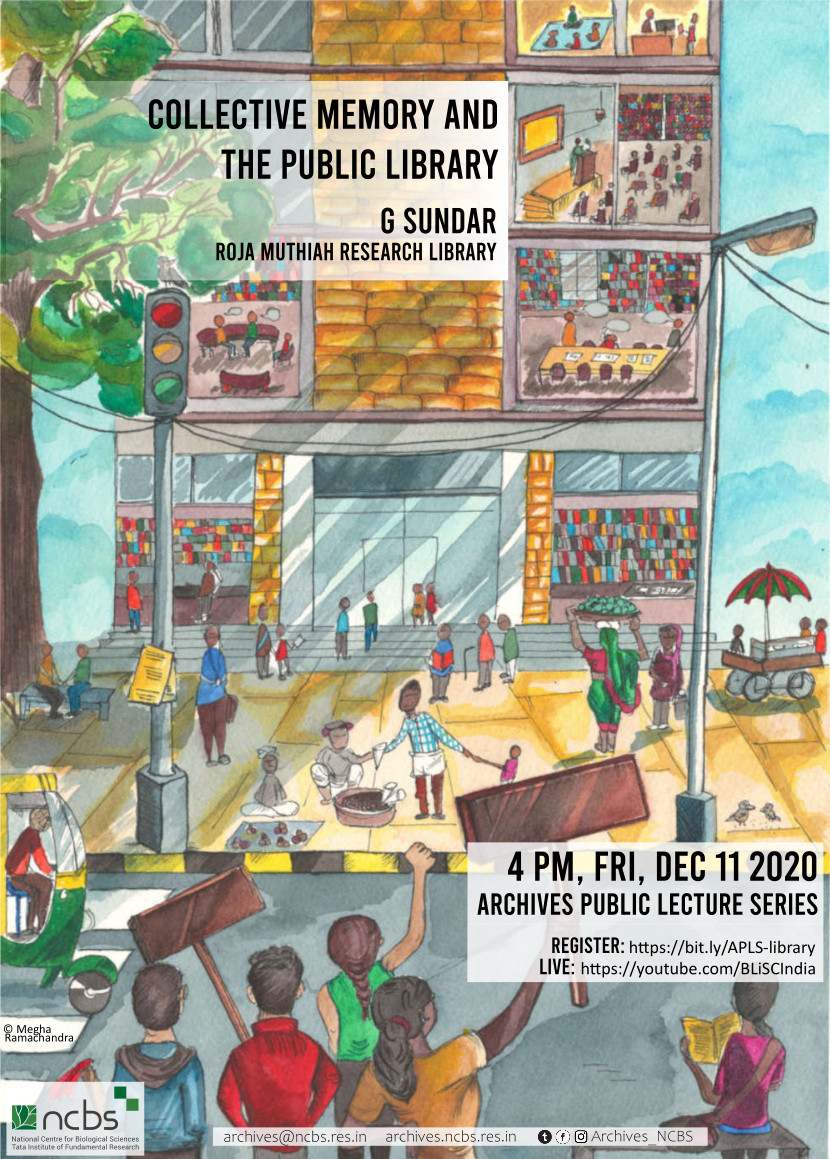