Archives at the National Centre for Biological Sciences
Public Lecture Series
https://www.ncbs.res.in/events/apls
30th edition
Monthly talks framed around explorations in and around archives. Discussions by artists, archivists, historians, teachers, journalists, scientists and others.
Remembering Queer Lives
Silence, memory and building a collective history
Arvind Narrain
in conversation with T Jayashree and Rahul Rao
Friday, Oct 16 2020. 4:00pm
Register: https://bit.ly/APLS-queer-lives
Live Stream: https://youtube.com/BLiSCIndia
Abstract:
The ‘injunction to silence’ is the masterframe within which LGBT (Lesbian, Gay, Bisexual, and Transgender) lives have been lived, with activism ceaselessly trying to break that silence. The recent decisions of the Supreme Court can be seen as one way in which the silence has been broken.
This presentation will engage with instances of the deep silence around LGBT lives or to give a fleeting moment the dignity of history and remembrance. To do so, this presentation will look at the stories behind the judicial decisions of Nowshirwan and Khairati in colonial India, the suicides of Swapna and Sucheta in Bengal, Sharanya and Sharada in Puttur and finally the tragedy which struck Amrit and Saiyub during the lockdown in 2020. These stories are either a part of the judicial archive or emerged in the light of the harsh glare of the media for a brief moment before they were forgotten. The question this presentation will engage with is how does one give a history to a moment, how does one move beyond individual memory to create a collective memory and how can memory be a resource for the future? How can the transmuting of silence to speech be a resource for the future?
Following Arvind’s presentation, Jayashree will engage with some of the ways this can be done by highlighting some of the emerging work of the Queer Archive for Memory, Reflection and Activism (QAMRA, https://qamra.in/), which precisely aims to transmute silence to speech and move from individual memory to collective histories.
Bio:
Arvind Narrain is a lawyer based in Bangalore. He was one of the co-founders of the Alternative Law Forum and is also associated with QAMRA. He was also part of the team of lawyers who represented Voices Against 377 from the Delhi High Court to the Supreme Court in the long battle against Section 377.
T. Jayashree has written, produced and directed for International Television, Radio, feature films and Independent Documentaries for over 2 and a half decade. Her award winning work focuses on the intersection of Gender, Sexuality, Law and Public health. Her films are widely screened around the globe and can be viewed at www.vimeo.com/jayashree. QAMRA is an initiative grown out of her vast collection of raw footage on queer life and movement in India. She is a co-founding member of Archive, Memory & Education Trust, Bengaluru.
Rahul Rao is Senior Lecturer in Politics at SOAS University of London. He is the author of Out of Time: The Queer Politics of Postcoloniality (2020) and Third World Protest: Between Home and the World (2010), and of numerous articles in the fields of international relations, postcolonial studies, and queer theory. He is a member of the Radical Philosophy collective. 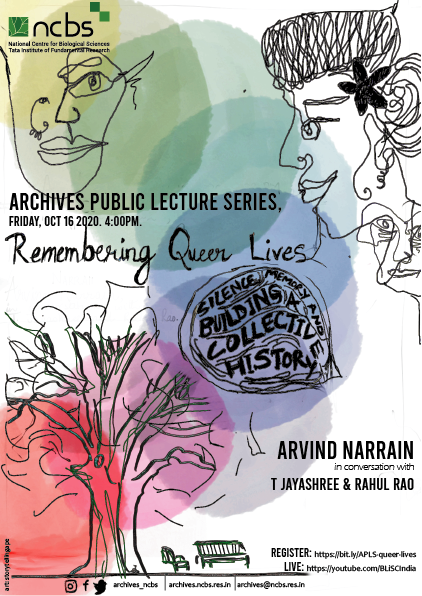