Archives at the National Centre for Biological Sciences
Public Lecture Series
https://www.ncbs.res.in/events/apls
29th edition
Monthly talks framed around explorations in and around archives. Discussions by artists, archivists, historians, teachers, journalists, scientists and others.
The Voice in Music
TM Krishna
Friday, Sep 18 2020. 4:00pm.
Register: https://bit.ly/APLS-voice-in-music
Live Stream: https://youtube.com/BLiSCIndia
Abstract:
Madurai Shanmukhavadivu was a skilled vina artist. But did her voice merit notice? One does not know and perhaps, one does not need to know. But even a moment's lingering -- perhaps impatient -- attention to any recording of her gentle coaxing of that instrument would tell us that her music had that which makes music, music - a voice.
Her vastly more famous daughter, Madurai Shanmukhavadivu Subbulakshmi, was an acclaimed singer. Her voice was applauded, hailed. Its 'magical' properties have been the subject of acclamation and awe. But knowing as she did her great gift, she did not feel flattered if an aficionado said her voice was transporting. 'Kokila' or 'nightingale' were not her favourite epithets of herself. She was a musician with a voice, not a voice with music.
The mother played from her within, the daughter sang from her's. So, what is the ‘within’ of the voice of music? Is it just that 'mere' thing - pleasing, oh so pleasing to the listening ear?
But does one only hear music? Is there something called experiencing it, feeling its sheer force? Finding one's voice is a historical, social and philosophical seeking. This is a talk about unravelling the 'mere'-ness and the 'sheer'-ness of the voice in music.
Bio:
Thodur Madabusi Krishna is a renowned vocalist in the Karnatik tradition who has performed across the world, including the National Centre for the Performing Arts in India, the John F. Kennedy Center for the Performing Arts, and the Lincoln Center for the Performing Arts. Krishna has also been part of numerous inspiring collaborations in the arts, including the Chennai Kalai Theru Vizha, the Svanubhava initiative, the Chennai Poromboke Paadal with environmentalist Nityanand Jayaraman, performances with the Jogappas (transgender musicians), and his musico-poetic partnership with Perumal Murugan.
TM Krishna is the author of various books on music, including A Southern Music – The Karnatik Story, a philosophical, aesthetic and socio-political exploration of Karnatik Music, and Sebastian and Sons, which traces the history of the mridangam-maker and the mridangam over the past 100 years. TM Krishna speaks and writes about issues affecting the human condition and about matters cultural. In 2016, Krishna received the prestigious Ramon Magsaysay Award in recognition of ‘his forceful commitment as artist and advocate to art’s power to heal India’s deep social divisions’. 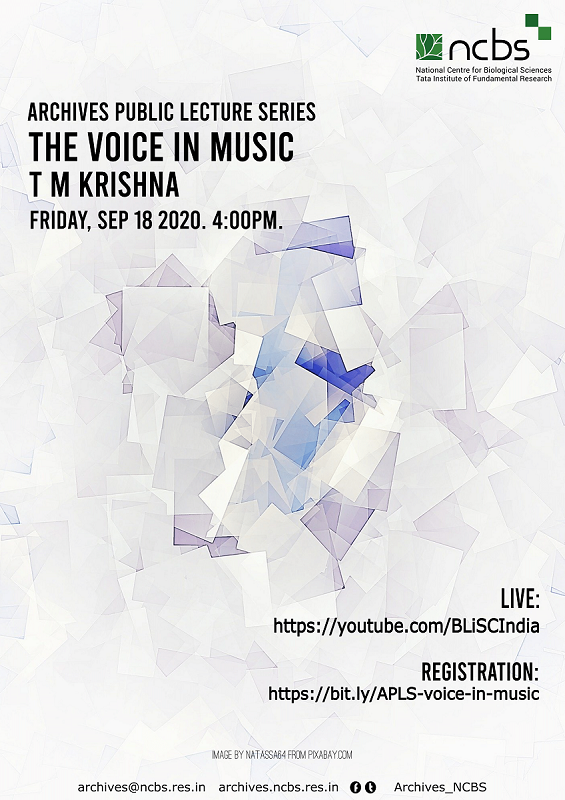