Archives at the National Centre for Biological Sciences
Public Lecture Series
https://www.ncbs.res.in/events/apls
Monthly talks framed around explorations in and around archives. Discussions by artists, archivists, historians, teachers, writers, scientists and others.
A Dominant Character
The Radical Science and Restless Politics of JBS Haldane
Samanth Subramanian
Friday, Dec 13, 2019. 4:00pm.
Lecture Hall-1, NCBS.
Abstract:
When JBS Haldane died, in Bhubhaneswar in 1964, he was technically an Indian scientist, having acquired citizenship a few years earlier. His move to India was the last twist of a rich, boisterous life that was never short on genius or drama. Haldane lived a momentous life through the first half of the 20th century, which intersected with the great scientific and political movements of the day – a life that deserves to be resurrected and re-examined in the modern age. He is best remembered as a geneticist who revolutionized our understanding of natural selection, but his peers thought him a polymath; one student called him “the last man who knew all there was to be known.” This is the story of a man who, as a boy, was a guinea pig in his father’s experiments; who wrote his first scientific paper in the trenches of the First World War; who was a card-carrying member of the Communist Party; who went to Spain again and again during the civil war; who was under heavy suspicion of being a spy for the Soviets; who courted trouble and ticked off the establishment repeatedly; who wrote copiously on science and politics for the layman, in newspapers and magazines, and he gave speeches in town halls and on the radio—all of which made him, in his day, as famous in Britain as Einstein.
This is a talk based on a new biography of JBS Haldane, the scientist, Communist and all-round rabble-rouser. Crucially, Haldane’s life gives us food for thought on how science and politics intersect, and how science (and genetics in particular) continues to throw up great ethical and political conundrums today.
Bio:
Samanth Subramanian is a writer and journalist based in Cambridge, England. His narrative journalism has appeared in the New Yorker, the New York Times Magazine, the Guardian, WIRED, and Harper's, among other publications. His first book, "Following Fish: Travels Around the Indian Coast," won the Shakti Bhatt First Book Prize in 2010 and was shortlisted for the Andre Simon Award in 2013. His second book, "This Divided Island: Stories from the Sri Lankan War," won the 2015 Crossword Prize for Non Fiction and was shortlisted for the Samuel Johnson Non Fiction Prize and the Royal Society of Literature's Ondaatje Prize the same year. His latest book is a biography of JBS Haldane. 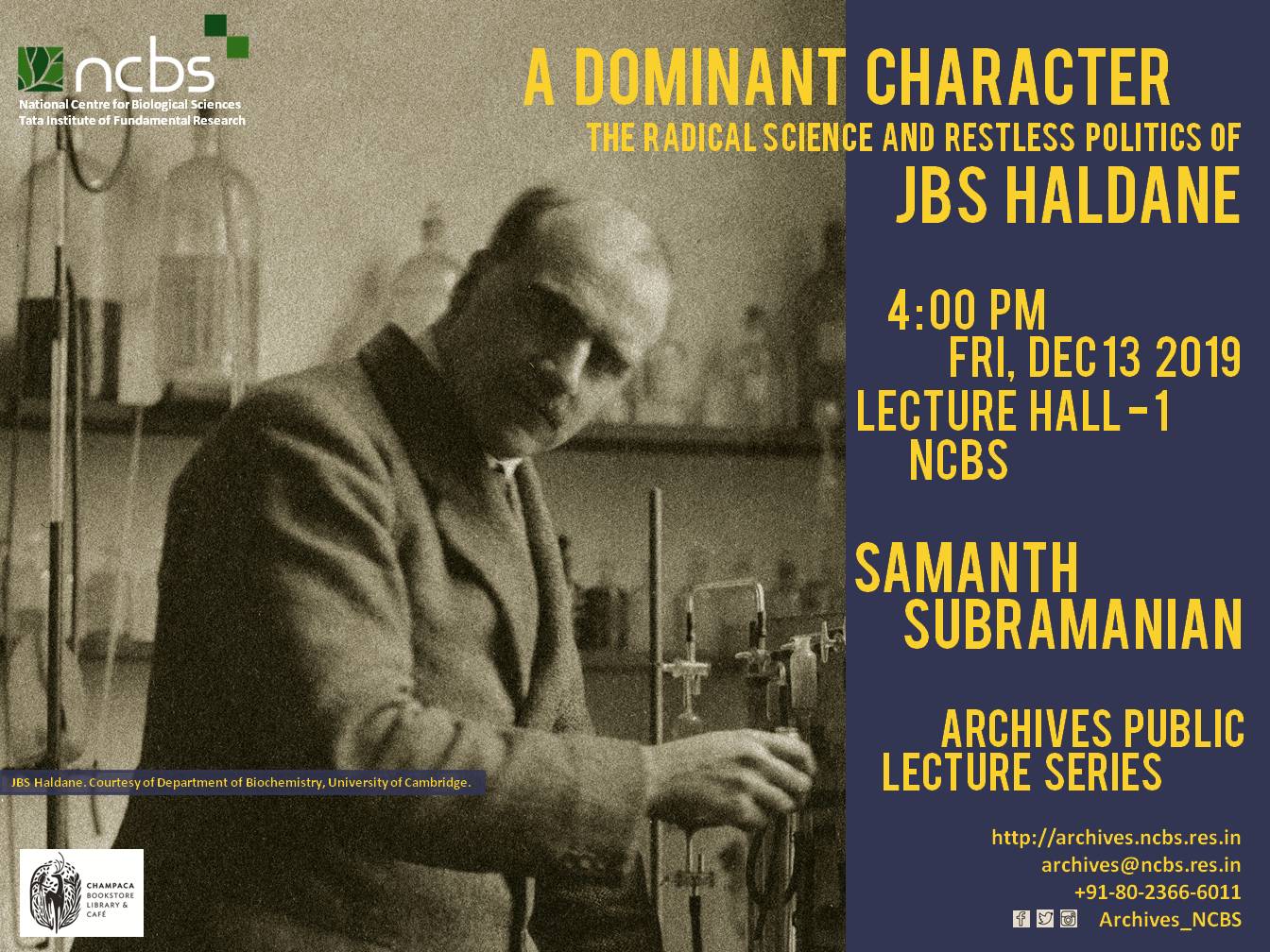