Archives at NCBS : Events - Archives Public Lecture Series: The Age of Electroacoustics: Science of Sound from the 19th to the 20th century

Archives at the National Centre for Biological Sciences
Public Lecture Series
https://www.ncbs.res.in/events/apls
Monthly talks framed around explorations in and around science archives. Discussions by artists, archivists, historians, teachers, journalists, scientists and others.
The Age of Electroacoustics: Science of Sound from the 19th to the 20th century
Roland Wittje
IIT Madras
Friday, Aug 23, 2019. 4:00pm.
Lecture Hall -1 (Haapus), NCBS.
Abstract:
At the end of the nineteenth century, acoustics was a science of musical sounds; the musically trained ear was the ultimate reference. Just a few decades into the twentieth century, acoustics had undergone a transformation from a scientific field based on the understanding of classical music to one guided by electrical engineering, with industrial and military applications.
I will trace these transformations of acoustics from the times of Hermann Helmholtz and Lord Rayleigh in the 1860s and 1870s, to the end of the interwar period at the dawn of World War II. While many scientists worked in the field of acoustics, it is usually not the first discipline that comes to our mind when we think of 20th century science, which is associated more with the emergence and rise of quantum mechanics, nuclear physics, computation and genetic engineering. It remains to connect the history of acoustics with a history of science of the 20th century at large.
The First World War made a profound impact on the soundscape of the twentieth century and its scientific study. Working on acoustical technologies for warfare, such as hydrophones for submarine detection and acoustic ranging of artillery and aircrafts, had turned the acousticians away from harmonics of musical instruments, and towards the complex noises of the battlefield. Research and development in electromagnetic theory, circuit design, telephony, and wireless prior to the war constituted a prerequisite. In the interwar period, acoustics research and the development of electroacoustical technologies in academia, industry and government laboratories flourished through the advance of public radio broadcasting and sound motion picture. If electrical instruments transformed sound into electrical vibrations and transmitted them as electrical signals, then scientists and electrical engineers came to understand sound propagation and manipulation in the notation of integrated circuits. Together, they brought about the electrification of the acoustics laboratory. This, in turn, changed the representation of acoustic phenomena in textbooks and classrooms. Consequently, electroacoustics became much more than a research technology and evolved from laboratory practice into a new language of sound. Beyond sound, notions of noise associated with the measurement process and information theory have moved to virtually all fields of science and engineering.
Bio:
Roland Wittje is Associate Professor of the History of Science and Technology at the Indian Institute of Technology (IIT) Madras. He has studied physics and history of science at the University of Oldenburg, Germany, and the Norwegian University of Science and Technology in Trondheim. From 2007 to 2014, Roland taught history of science at the University of Regensburg, Germany. His research interests include history of the physical sciences and engineering in the nineteenth and twentieth century, scientific instruments, university collections, scientific practice, and the history of scientific and technical education. His publications include The Age of Electroacoustics: Transforming Science and Sound (MIT Press 2016) and Learning by Doing: Instruments and Experiments in the History of Science Teaching (edited with Peter Heering, 2012). He is currently working on the history of the Indo-German collaboration in setting up IIT Madras between 1956 and 1974. 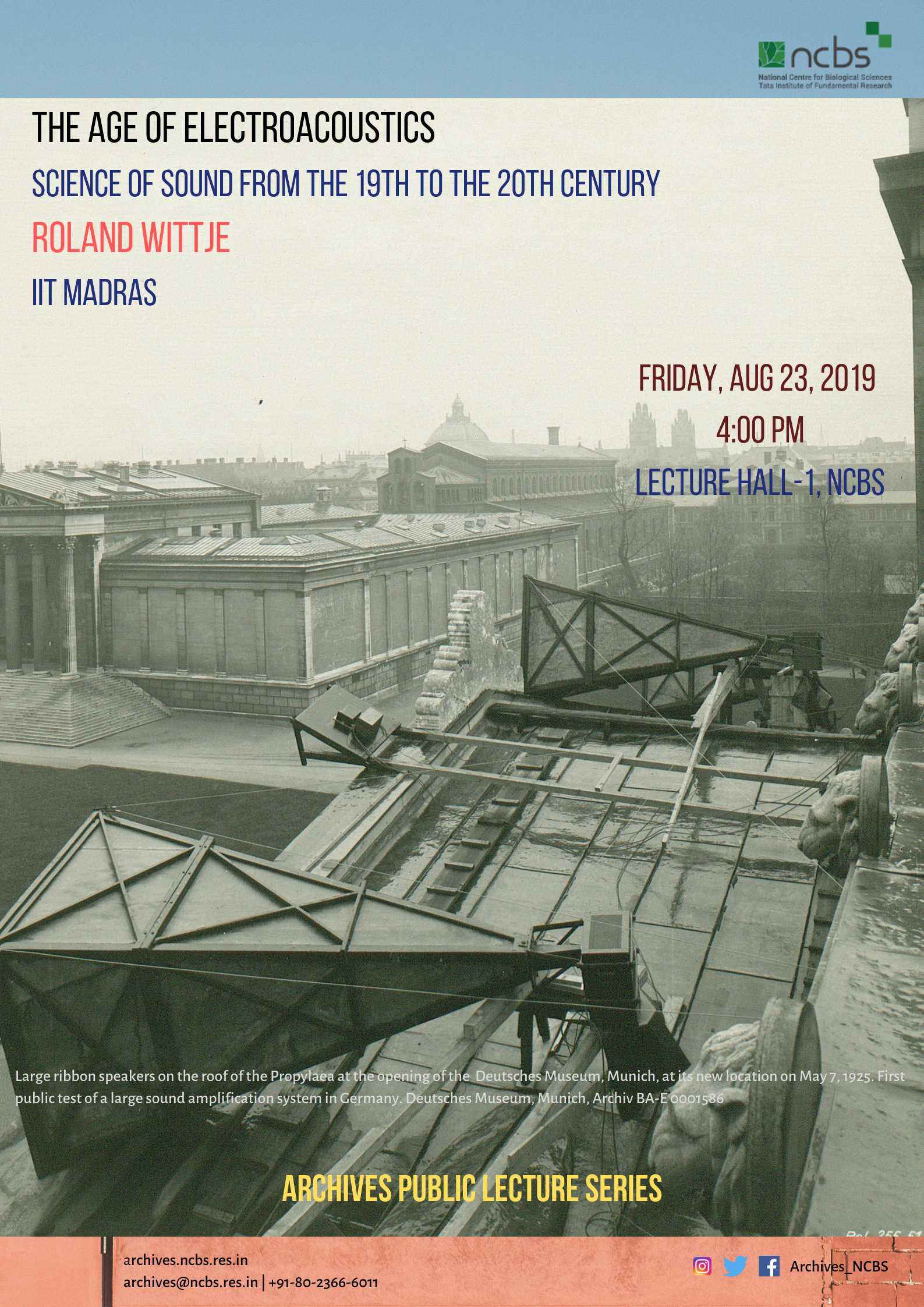