Archives at the National Centre for Biological Sciences

Monthly talks framed around explorations in and around histories of science. Discussions by archivists, historians, teachers, journalists, scientists and others.

The title of the lecture-performance is a line from Naomi Shihab Nye’s poem, Burning the Old Year. It is a reflection on a year gone by, where friends exchange letters, people make shopping lists, write partial poems —a poetic take on time, quotidian objects and absence.

Using the poem as a point of entry, the lecture-performance will look at the ephemeral and constantly changing characteristic of an archive. Using letters from the Archives at NCBS and audience participation, Letters Swallow Themselves in Seconds will examine the possibility of performance as an act of archiving. What happens when letters, notes, meant as private correspondence are read publicly? Is that document altered forever? Or does it retreat to its quiet, dusty corner in a file or into digital anonymity? Are archives thriving ecosystems that exit without human intervention? Does artistic intervention enliven an archive? Part performance, part-lecture, the attempt will be to explore the archive as a site from which performance making is possible. If one were to look at social media in its varied iterations constantly producing documents, what would the role of archiving be? Finally, do absences in the archive shout louder than what it allows in its folds?

Letters swallow themselves in seconds.
Notes friends tied to the doorknob,
transparent scarlet paper,
sizzle like moth wings,
marry the air.
So much of any year is flammable,
lists of vegetables, partial poems.
Orange swirling flame of days,
so little is a stone.
Where there was something and suddenly isn’t,
an absence shouts, celebrates, leaves a space.
I begin again with the smallest numbers.
Quick dance, shuffle of losses and leaves,
only the things I didn’t do
crackle after the blazing dies.

Anuja Ghosalkar is a Bangalore based artist. She is the founder  of Drama Queen, a Documentary theatre company, that focusses on personal histories & archival absences to extend the idea of theatre to create audacious work. Undocumented narratives, gender in performance, research and iterations around form and process are critical to her performance and pedagogical work. Drama Queen’s debut show, Lady Anandi was written while she was an artist-in-residence at Art Lab Gnesta, Sweden. In the Reading Room, she blurs the boundary between audience and performer, where 10 strangers read personal letters alongside public ones. Her newest work, Walk Back to Look was a site -specific performance commissioned by the Serendipity Arts Festival 2018, it offered a counter beat to the frenetic rhythm of Panjim Municipal Market and Kadamba bus stand. In the past, Anuja has worked at India Foundation for the Arts, Experimenta, in curating and teaching cinema, & as an independent researcher with University of Westminster. Through Drama Queen, she evolving a unique form of Documentary theatre in India. The aim is to build pedagogy around this form through an international workshop series, leading to Asia’s first festival of Documentary theatre in 2020. 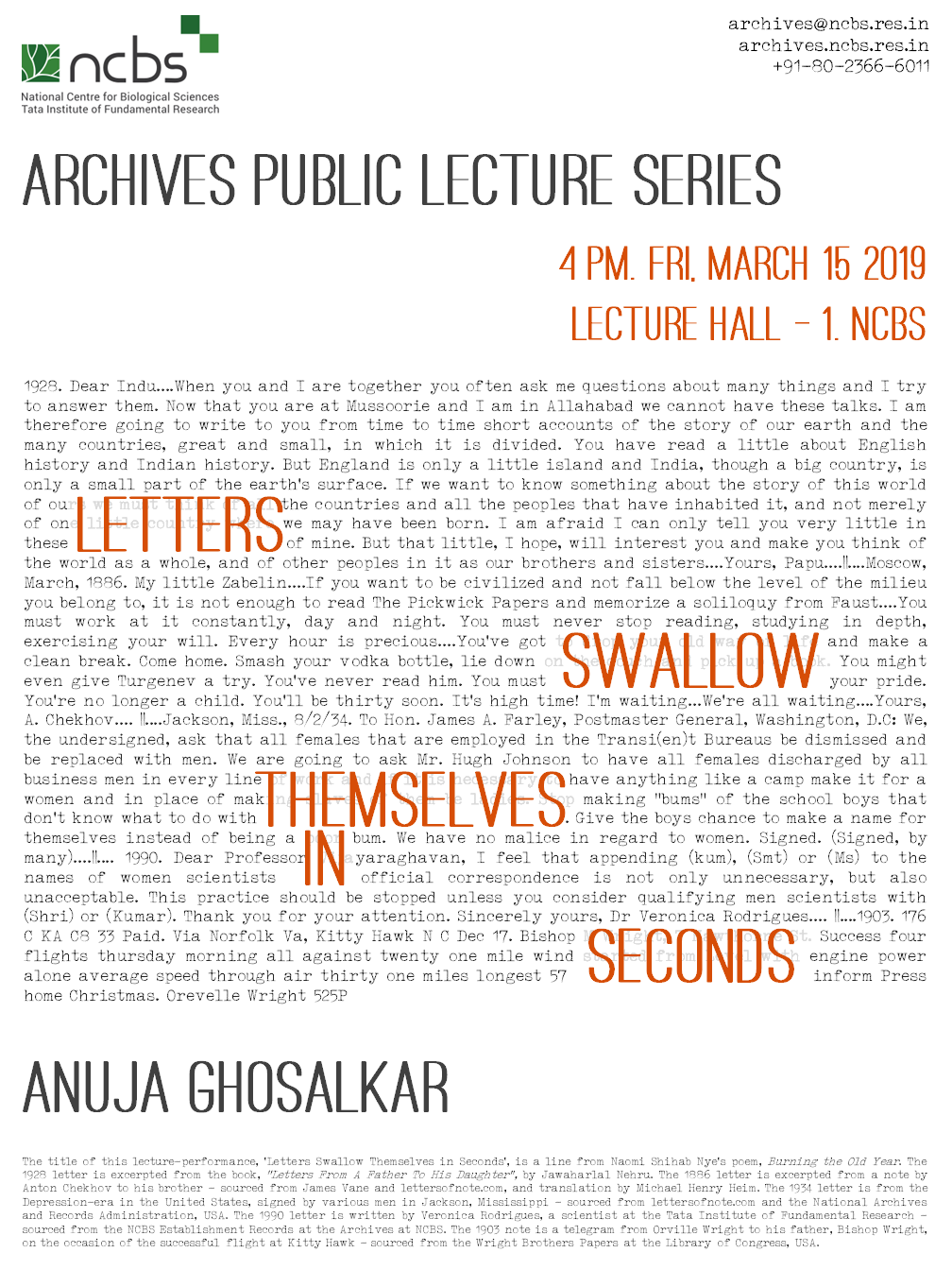