Archives at NCBS : Events - Archives Public Lecture Series: Feb 15: Through Two Doors at Once - Quantum mechanics and the Anatomy of an Elegant Experiment

Archives at the National Centre for Biological Sciences
Public Lecture Series
https://www.ncbs.res.in/events/apls
Monthly talks framed around explorations in and around science archives. Discussions by archivists, historians, teachers, journalists, scientists and other academics.
Through Two Doors at Once
Quantum mechanics and the Anatomy of an Elegant Experiment
Anil Ananthaswamy
Friday, 4pm, Feb 15 2019
Lecture Hall-1 (Haapus), NCBS
Abstract:
In the early 1800s, Thomas Young performed a homespun experiment with a sunbeam split into two, and challenged our understanding of the nature of light. He had done the first ever double-slit experiment. With the birth of quantum mechanics, starting in the early 1900s, this experiment—now done with individual photons, electrons, atoms, and even molecules—started challenging our ideas about the nature of reality itself. In this talk, Anil Ananthaswamy will discuss how the history of the 200-year-old double-slit experiment is also the story of the mysteries and paradoxes of quantum mechanics. There is no such single experiment in all of science. In the 1960s, Richard Feynman said that the experiment contains the "central mystery" of the quantum world. Even he would have been amazed at just how far physicists have pushed this experiment, and how it still continues to confound and challenge our intuitions about the nature of reality. 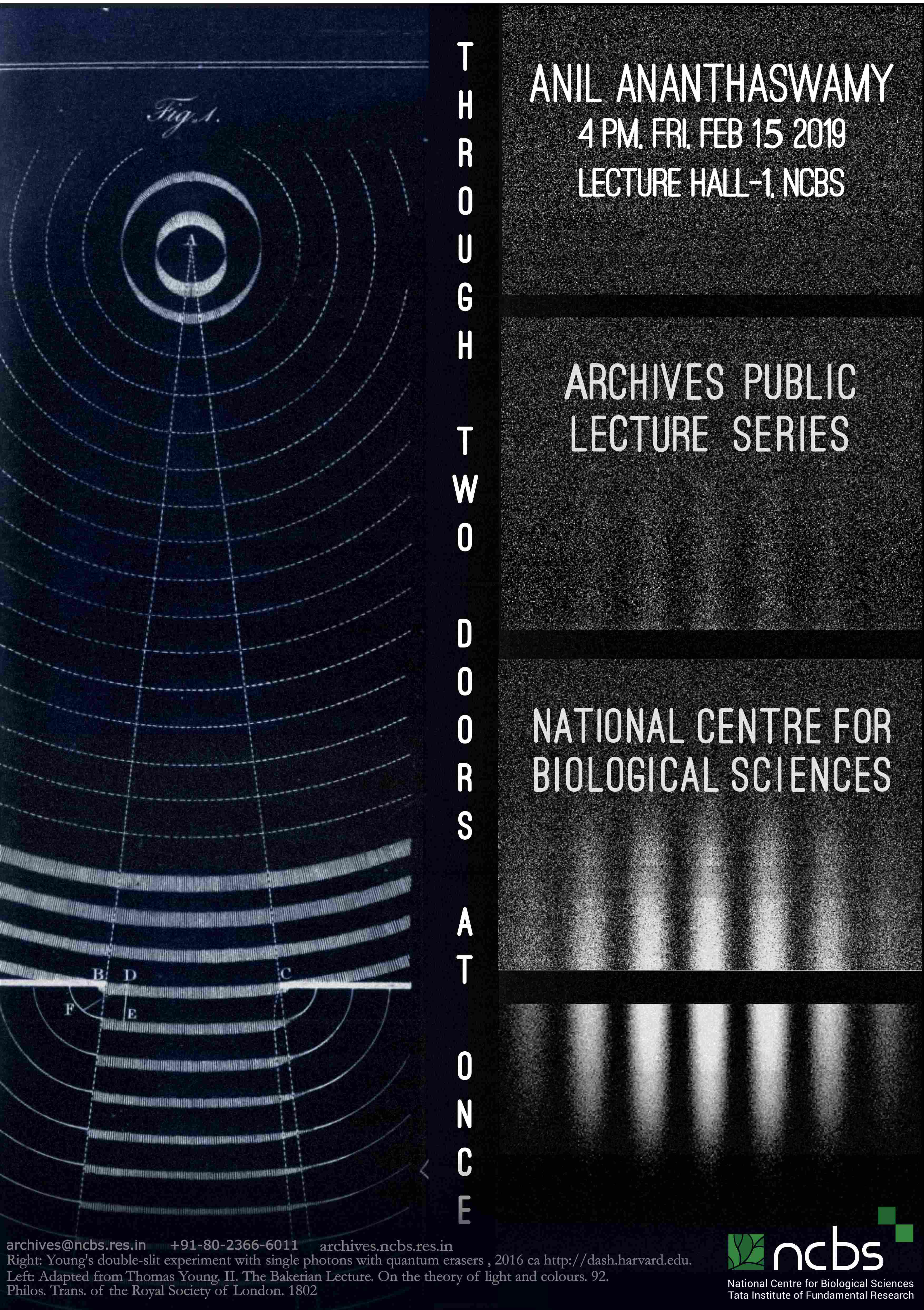