Archives at NCBS: Public Lecture Series - Archives December Double Bill: Dec 20: Pacifying atoms: Nuclear histories -- the Mexican case to be or not to be nuclear (1950-1970)

Archives at the National Centre for Biological Sciences

Monthly talks framed around explorations in and around science archives. Discussions by archivists, historians, teachers, journalists, scientists and other academics.

During the Cold War, and in particular after the 1953 Atoms for Peace speech  delivered by United States President Dwight D. Eisenhower, nuclear sciences and technologies  (such as  nuclear power reactors) were promoted and sometimes imposed in many countries around the world.  But nations did not incorporate them in the same way, and, in some cases, it faced skepticism. At stake were issues of sovereignty and modernity, but also of local priorities, which did not align with the advertisement of nuclear solutions for development. For example, India´s engagement to the nuclear was entangled with State building. By contrast, Mexico was very skeptical about becoming a nuclear state. By the end of the 1960s,  it adopted a denuclearizing position.

This is a talk on how nations became involved in the new nuclear order, with a particular focus on Mexico and Latin America.

By focusing on Mexico’s engagement to the peaceful uses of atomic energy, between 1950 and 1970, I aim to contextualize the origins of nuclear physics and the nuclear project in the country, which was profoundly entangled with the international promotion of nuclear commodities as a fundamental need for social and economic development. One global example of this engagement was the Mobile Radioisotope Exhibition sponsored by the International Atomic Energy Agency. In the early 1960s, these buses toured Mexico and other countries in Latin America, and also Africa, Asia, and Europe. The touring exhibition offers a unique case study to understand how the global pervasiveness of scientific views and technologies was constructed, and how technologies were reworked and cross-fertilized, amid differences in political aims and social context. 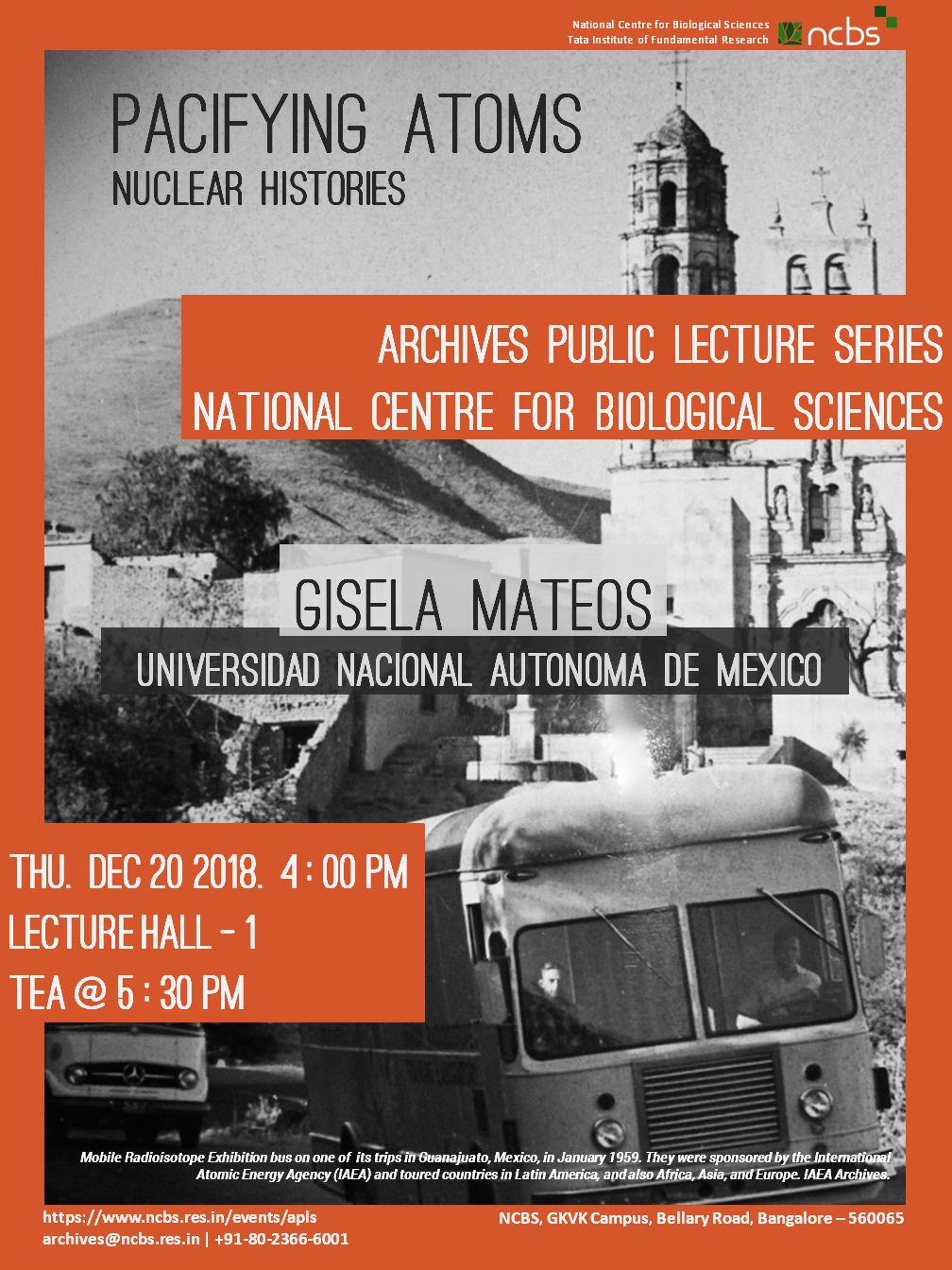