Archives at the National Centre for Biological Sciences
Public Lecture Series
https://www.ncbs.res.in/events/apls
Monthly talks framed around explorations in and around archives. Discussions by artists, archivists, historians, teachers, journalists, scientists and others.
The Transformative Constitution
Gautam Bhatia
Friday, Jan 10, 2020. 4:00pm.
Dasheri Auditorium, NCBS.
Abstract:
We think of Independence as a moment of political transformation from the erstwhile colonial regime to a democratic and republican government. The Indian Constitution is meant to embody this moment of transformation. However, the Constitution was meant to go much further than simply set out the blueprint for a political transition, or a mere transfer of power: it was intended to facilitate a thoroughgoing transformation of society itself, through the trinity of "liberty, equality, and fraternity", and democratise hierarchical relations in the "private sphere", such as those of caste, gender, and the economy. This talk will discuss how close attention to the radical social movements that led up the framing of the Constitution, along with the Constituent Assembly Debates, reflects the radical and transformative character of the Constitution, a character that has more often than not been obscured by subsequent scholarship as well as by judicial decisions.
Bio:
Gautam Bhatia is the author of Offend, Shock, or Disturb: Freedom of Speech under the Indian Constitution (OUP 2015) and, more recently, The Transformative Constitution (HarperCollins 2019). He was a practicing lawyer for four years in Delhi, and was part of the legal teams involved in the right to privacy judgment, the Aadhaar constitutional challenge, the challenge to Section 377 of the Indian Penal Code, and bail application for members of the Kabir Kala Manch, among others. His work has been cited by the Supreme Court on four occasions, and by the High Courts of Kerala, Bombay, Madras and Jammu & Kashmir. He graduated from the National Law School of India University in 2011, and then read for the BCL and the MPhil at the University of Oxford (on a Rhodes Scholarship), and for an LLM at Yale Law School. Presently, he is reading for a D.Phil in Law at the University of Oxford. 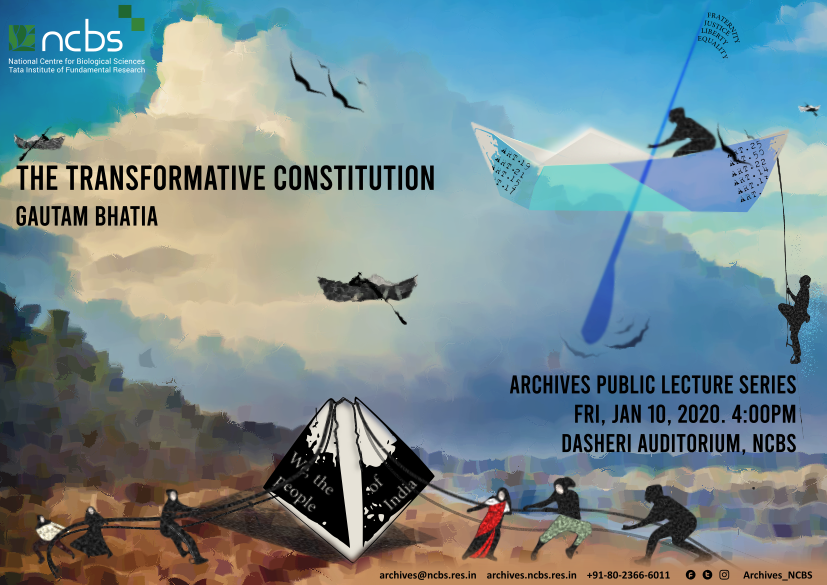