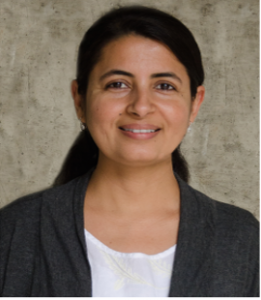 Accumulating 3D genomic maps suggest that whole genome is comprised of large topological domains and these domains are further divided into sub-domains that involve the extensive DNA loops among the regulatory elements such as enhancer, promoter and boundaries thus these subdomains are of varying transcriptional status and exhibit differential histone modifications. Strikingly, most of those domains seem invariant between cell types and conserved between mouse and human in syntenic regions, implying important constraints on chromosomal architecture yet, they allow spatial and temporal changes in gene expression.

Focus of my lab is to delineate spatial and temporal interactions among regulatory regions, TADs boundaries and sub-nuclear architectural structures that are critical determinants of developmental, homeostatic and disease-associated transcriptional programs.

It is known that, dynamics alterations occur in three-dimensional chromatin architecture during development however, if short burst of signalling can also have such effects on chromatin dynamics to give rise to specific and robust gene expression is not well understood. We are using genome-wide approaches to delineate such alterations in 3D chromatin structures coupled with gene expression during Estrogen and cytokine signalling.

Mutation in enhancers are prevalent in several cancers. We are using these mutations  to understand the mechanisms of enhancer functions. The knowledge will be crucial in paving ways to develop therapies against enhanceropathies.

Roles of eRNAs in gene regulation:

Further, we are interested in roles eRNAs play structurally and functionally on such dynamic chromatin alterations that are central to these transcriptional programs.

Signaling induced enhancers phase separate corroborating, with the active phase of signalling in terms of transcriptional output. Further, we are interested in stoichiometry of transcription factors, cofactors, their post-translation modifications and eRNAs  in enhancer phase separation.