Archives at the National Centre for Biological Sciences
Public Lecture Series
https://www.ncbs.res.in/events/apls
Monthly talks framed around explorations in and around archives. Discussions by artists, archivists, historians, teachers, journalists, scientists and others.
In these Times: Three Conversations against Hatred
V Geetha, Tara Books
Wednesday, Oct 16, 2019. 5:30pm.
Dasheri Auditorium, NCBS.
Tea at 5:00pm
Abstract:
These are trying times - especially for those engaged in conversations on history, memory, identity and community. Where we need multiple and contentious conversations, we appear to be caught in a vortex of words that disallows nuance and tentativeness. In this context, I would like to engage with a set of initiatives, comprising acts and conversations that might help us speak with greater pause and quietly. The three instances that I address have to do with sexual violence, and cultures of name-calling; communal hatred and its consequences; and state-fuelled prejudice that makes a mockery of history. These have to do with three different geographies: the United States, India and Indonesia.
Bio:
V. Geetha is a feminist activist, writer, translator and historian based in Chennai. She is also the publisher and co-director of Tara Books, an independent publishing house world-renowned for its illustrated children's books from a diversity of themes.
V. Geetha writes in English and Tamil on issues related to caste, feminism and Tamil society and history. She has been active in the women’s movement in India and political struggles in Tamil Nadu for many years. Some of her path-breaking works include Patriarchy (Stree 2007) and Gender (Stree 2002). She is involved in Tamil theater as a scriptwriter and has also translated two of Perumal Murugan's novels into English. She is currently researching the works and thoughts of Dr B.R. Ambedkar.
Bio excerpts from:
https://zubaanbooks.com/bookauthor/v-geetha/
http://sanhati.com/excerpted/18958/
http://www.saffrontree.org/2015/01/meet-geetha-v-of-tara-books.html 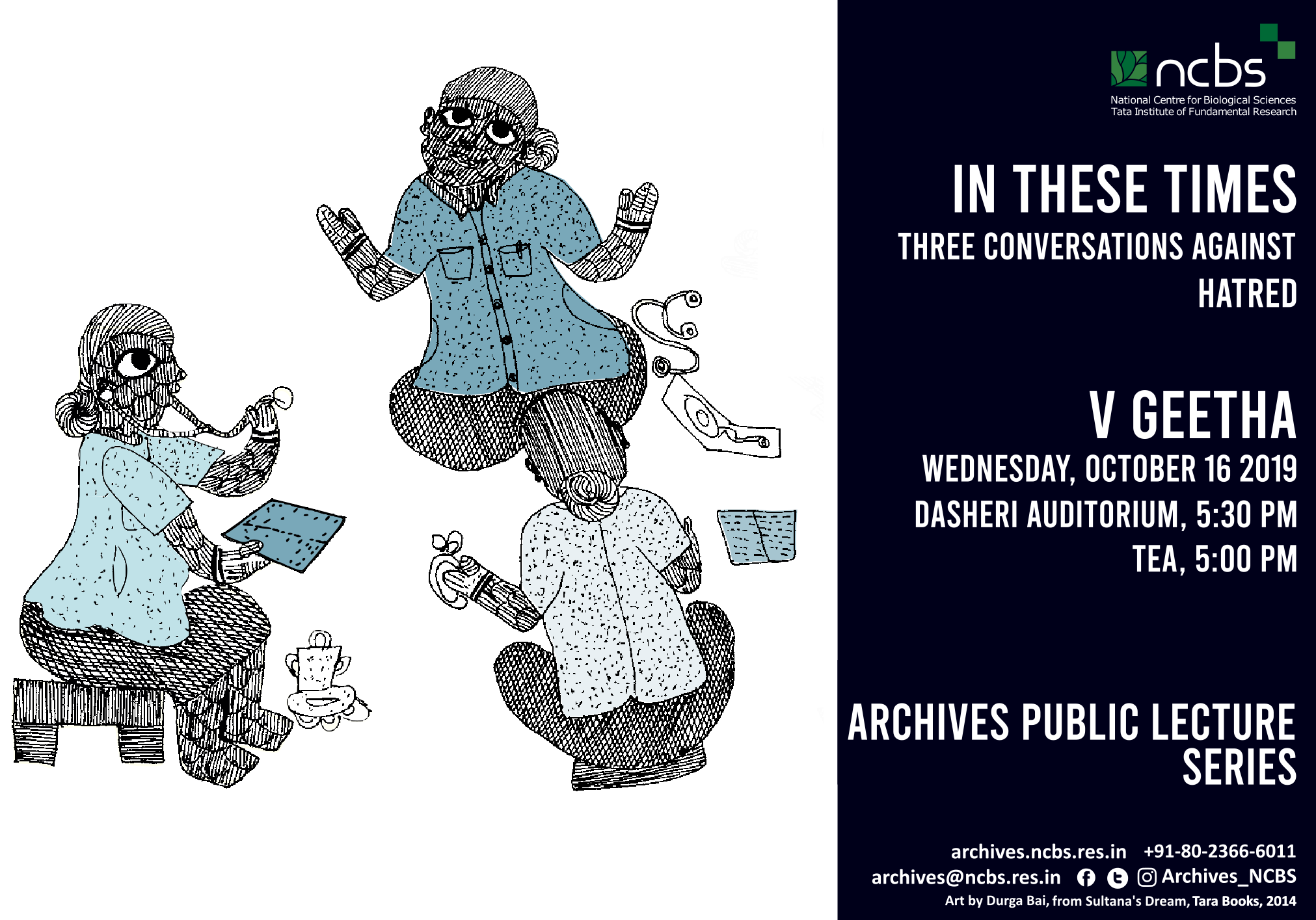