Archives at the National Centre for Biological Sciences
Public Lecture Series
https://www.ncbs.res.in/events/apls
Monthly talks framed around explorations in and around science archives. Discussions by artists, archivists, historians, teachers, journalists, scientists and others.
P Sainath, People’s Archive of Rural India (PARI)
Special Two-Part Public Lecture
Part 1
When Farmers Die: Inequality and the Agrarian Crisis
Thursday, Sep 12, 2019. 4:00pm.
Dasheri Auditorium, NCBS.
Abstract:
Even as the state claims tremendous advances in agriculture (e.g. ‘record production’ of foodgrain), farmers continue to kill themselves in unprecedented numbers. Numbers that different states are trying to massage. Yet numbers that, at over 3 lakh, add up to the largest wave of suicides in recorded history. What is the ‘agrarian crisis’ all about? How is it related to India’s chosen path of development? How does it reflect in our media? The one comprehensive attempt to view the agrarian crisis in all its complexity -  the reports of the National Farmers Commission (better known as the Swaminathan Commission) have languished nearly 15 years in Parliament without an hour's dedicated discussion. Close to 15 million farmers dropped out of agriculture in the 20 years between Census 1991 and Census 201. But no options have been planned or created for them in any other sector - and many other sectors are witnessing high, even record levels of unemployment. The crisis, which has long since gone way beyond the agrarian, was and is largely policy-driven. Also, climate change, despite its visible impact on agriculture in India, is nowhere a priority in public and political discourse.
Part 2
Telling the Stories of 833 Million Indians: PARI and reporting in the digital age
Friday, Sep 13, 2019. 4:00pm.
Dasheri Auditorium, NCBS.
Abstract:
Worldwide, there's a retreat of the ‘Rural.’ In India, which has a larger rural population than even China, staggering changes have occurred – and are still occurring – in the countryside, impacting on every aspect of existence, human and other. Rural India is also perhaps the most complex part of our planet, with 833 million (Census 2011) people, speaking at least 780 living languages, using 86 different scripts. Its occupational and cultural diversity  are no less complex than the linguistic. Yet, this astonishing continent within a sub-continent gets no more than 0.67 per cent of the front page of 'national' dailies each day (that's on a five-year average). We present the People’s Archive of Rural India (PARI), a giant project aimed at connecting the younger generation with rural India, its astonishing occupational, livelihood and linguistic diversity, its amazing repository of  skills and knowledge, and its battles against deprivation and impoverishment. A fully online platform combining text, video, still photo and audio. An archive to which every Indian, particularly the younger generation, can contribute to and participate in.
Bio:
Magsaysay Prize -winner P. Sainath is an Indian journalist who focuses on social and economic inequality, deprivation and poverty, particularly in rural India. Though the recipient of over 50 national and global awards for journalism, Sainath has also declined several – including the Padma Bhushan, as he believes “journalists should never accept prizes and rewards from the governments they cover and critique.”
Sainath was McGraw Professor of Writing at Princeton University in Fall 2012 and has been conferred doctorates by two other Universities. In India, he has taught journalism for 30 years. His book Everybody Loves A Good Drought was declared a Penguin Classic in 2013, is in its 50th printing. All the royalties of this bestseller go each year in prizes to rural reporters writing in Indian languages. ELAGD is used in teaching, in different disciplines, at over a hundred colleges and universities in India and overseas.
A journalist since 1980, Sainath became a full-time rural reporter in 1993 and has since then spent, on average, around 270 days a year in India’s poorest regions writing from there for India’s largest newspapers, including The Times of India and for The Hindu (of which he was Rural Editor for a decade). More recently, his path-breaking reporting placed India’s ongoing agrarian crisis and farmers’ suicides – 310,000 in two decades since 1995 – on the national agenda.
In 2014, Sainath launched the People’s Archive of Rural India (PARI), a unique online project on rural India, with its 833 million people, speaking 780 living languages and a bewildering array of stories, occupations, arts, music, culture, and a lot more. PARI is a contemporary journal, a digital textbook for the young PARI, which publishes in 12 Indian languages, is a totally independent multimedia digital platform creating a unique database, the only one of its kind that can lay claim to journalism representative of every region and section of rural people in this incredibly diverse nation.
In the past 36 months, PARI – not yet five years old – has won 19 journalism awards, including every single major prize in that field in India. Those include the Ramnath Goenka prize, the Statesman Rural Reporting Prize,  A Laadli award, a Red Ink Award and many more. A PARI series even won the European Commission’s Lorenzo Natali prize. Apart from this, as many as 22 PARI films have been official selections at the South Asian Short Films Festival (Kolkota), one PARI documentary won the top National Film Festival award in it’s category and most recently, a PARI film won the Gold at the prestigious Paris FILAF festival.
Bio credit: People’s Archive of Rural India 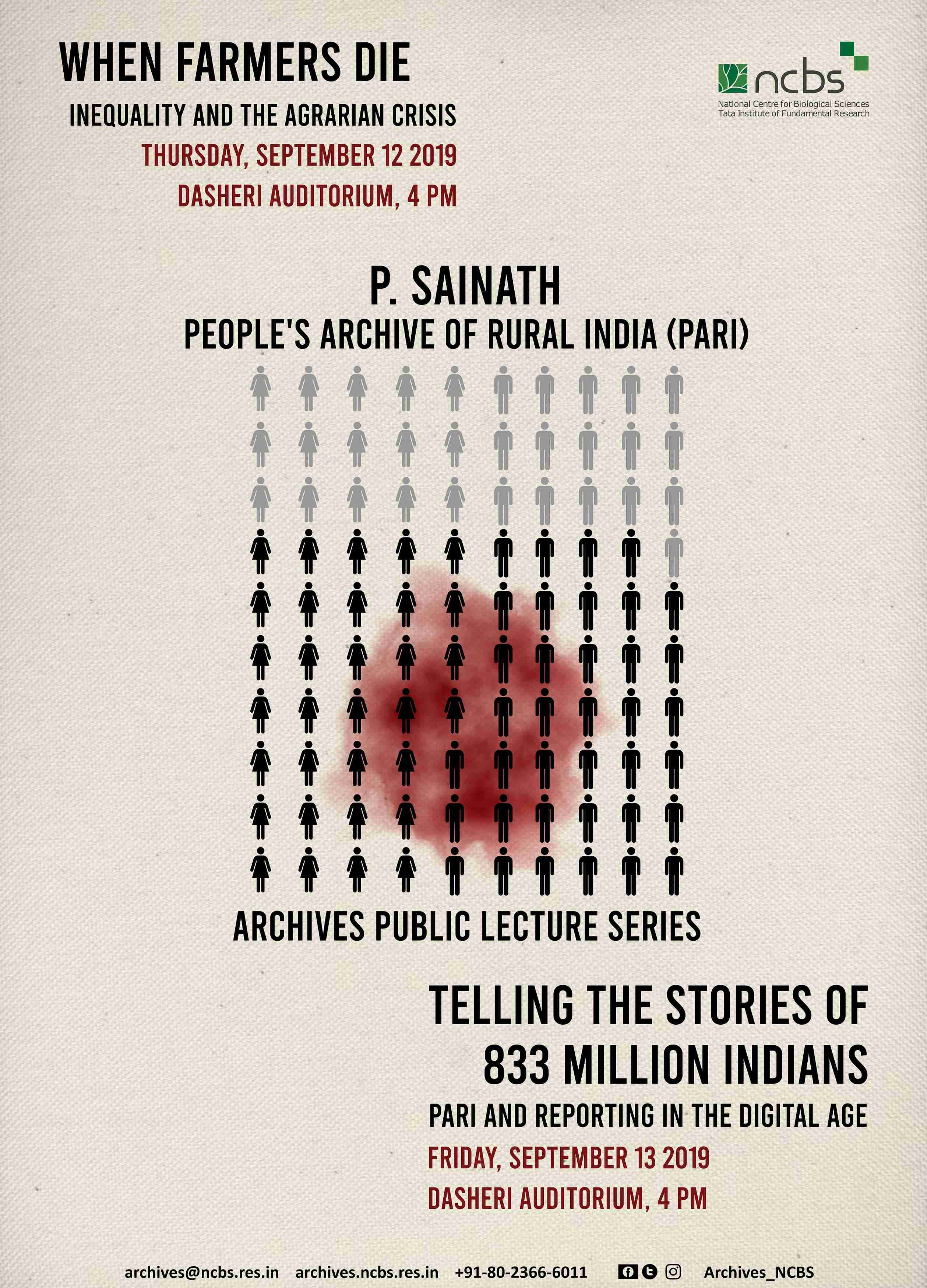